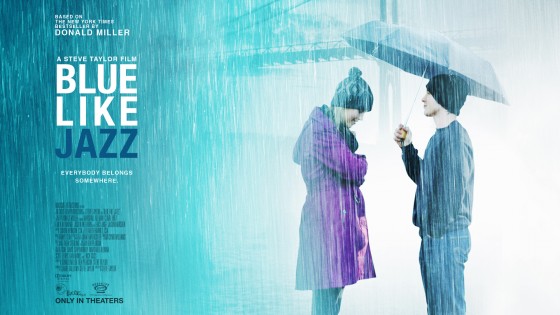 As the film started the biggest question I had was how one of my favorite books, written by one of my favorite authors, a book filled with individual vignettes and essays, could be turned into a movie with a beginning, middle, and end. Beyond that I also wondered how a film that raised its money through Kickstarter backers from around the world would come across in terms of quality. Would it be another hokey Christian movie that cut corners with production costs?

All Truth is God’s Truth

I’m not much of a culture war Christian. Back in the mid 100s (yes 100s, not 1000s) Justin Martyr stated his opinion of all truth being God’s truth. When I watch movies, decidedly Christian or not, I am watching for truth-telling. I’ve seen plenty of Christian movies, while presenting truth, that do it in such an uncompelling way and I am not drawn to the truth. Some truth telling involves brutal stories, some more heart-warming, but each has beauty in it. I know groups within Christianity will boycott this movie for the language, the drinking, the friendship extended to the LGBT community, but if the movie does these things while portraying much truth I believe it should be celebrated. The movie is rated PG-13 for good reason. It is not the “family friendly” movie that has quickly become associated with anything Christian.

And really this “all truth is God’s truth” as it relates to movies deserves some discussion because I know plenty of other PG-13 or R-rated movies that deserve the support of Christians for the adept ability they had to tell the truth. If it’s truth we’re after then Blue Like Jazz the movie is as good as anything out there because it paints truth about following Jesus in the midst of an extremely liberal college in Portland, Oregon during the often difficult post-high school years.

Lost in the Story

Overall I think the story worked very well. The screenplay obviously needed to include parts from the book and parts not in the book to allow a cohesive story to be told. Those of you who have read Blue Like Jazz the book know it lacks a consistent storyline throughout, but I believe the screenplay was written with the distinct themes of the book in mind. Many of the most important scenes from the book were kept within the film.

At some point toward the end of the movie I stopped trying to compare the movie and the book and I got lost in the story. The last 15 to 20 minutes of the film are pure beauty. They made any of the parts I struggled with completely worth it.

Check out how some of these themes develop in this short scene that sets up the end of the movie.

The Beauty of Wrestling

One of the things that a book cannot do is show the wrestling a person does in the silent moments of life. Sure the best writers can use all the descriptive adjectives in the dictionary to show the internal battle going on within a person, but in a movie we can see it on faces of the characters and in the circumstances they find themselves in. While this wrestling with faith is a key theme in the book, I think it took on new life in the movie. We see Marshall Allman (who played Don) run away from his faith and then slowly be drawn back in. Surely all Calvinists will love that aspect of the movie 🙂

Christian movies are often known to tidy up the ending or the tension through poor and disingenuous acting, but Blue Like Jazz does a brilliant job of portraying the tension of life and faith going on inside of Don. I find beauty in the telling of this truth.

The Beauty of Uncharted Territory

I see Blue Like Jazz venturing into mostly unknown territory. It’s a Christian movie in the sense that it is a movie about a Christian navigating our decidedly unChristian culture. It’s a low budget movie that does it’s best to portray one of the great books of recent memory into a compelling story. It’s a movie that was only made because several thousand people gave enough money to keep it afloat. How can a low budget, Christian movie pull off reaching the same audience the book did without becoming across as disingenuous or cheap? Well I’m not exactly sure, but part of enjoying the movie is enjoying the uncharted territory it is in.

Having the blessing of some time to process through the movie I’d give it a solid B rating in terms of how it compares with other movies in the industry. In terms of the Christian movie genre, I’d give it an A+. Some of the budget constraints show because this does not have the visual appeal of recent movies like Hugo, Inception, or The Tree of Life, but I don’t think this disqualifies the movie from being worth seeing at all. Overall, I find Blue Like Jazz to be an incredible move forward in terms of Christian movies that tell the truth in a real and compelling way.

I hope you’ll go out to see it on April 13th (find locations here).

(Full disclosure: I was able to see the movie for free but was not asked to write a review of any kind)