Earlier this week I wrote the first of two posts for younger leaders. The first one explores how to gain leadership skills when no one is giving you leadership opportunities. 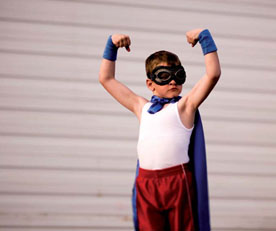 After Tuesday’s post I think we need to take the next step. At some point—especially if you focus on earning them instead of waiting for them to be given—opportunities will come. The challenge once these opportunities come is how to gain the respect needed to lead well.

I certainly hope that those watching your leadership give you opportunities to fail over and over again, but at the same time I also hope you are taking steps in gaining the respect of those around you.

With all this I especially have younger leaders in mind. I find that younger leaders are rarely given the benefit of the doubt and they struggle to gain the respect needed for their leadership to grow over time. I think gaining respect is a vital component when we think about leadership longevity. So we’re focused on building respect here because without it leadership won’t last.

Have Plenty of Conversations

When I started my first church ministry job my boss gave me some money and told me to have coffee with everyone on the team I served with. Little did I know that would lay the foundation for almost 5 years of fruitful ministry with people who were friends before they were volunteers in my ministry area.

Make the effort to get to know people outside of the normal space you interact with them. Doing this alone will go a long ways toward helping you become human to them instead of the leader. Humans influence people, leaders drive people. Humans make a difference, leads push an agenda.

Get to Know People’s Why

I served at a church where a large majority of the older generation members wanted traditional hymns being sung every Sunday. And honestly the whole thing frustrated me. That is until I started to ask people WHY they desired this. Their answers convicted me deeply. This wasn’t a selfish desire. No, their desires came from places of deep hurt and deep faith.

It’s easy for a leader to have an agenda that is extremely disconnected from the people they are leading. The only way to know someone’s heart is to know their why.

A former co-worker of mine has a test she calls “the chair test” given to all potential new hires. During the interview process a job candidate is typically brought into a ministry setting where they spend some time serving. My co-worker would set up a room for less chairs than what was needed. If the candidate went out of their way to set up more chairs, they passed the test. Luckily, I passed this test.

But rather than declaring my awesomeness, the chair test gets at a deeper issue. Do you want to serve or to lead?

If your desire is to lead you will slowly see yourself as above those around you.

If you desire to serve, you’ll be setting up a lot of chairs and leading in the process.

In his book Leading With a Limp, Dan Allender says, “The more you openly name your struggles, the less people can use your silence as a back door to blackmail you, to sabotage your leadership, or to subvert relationships within the organization.”

Be a human. Generate respect through relationships. Enter into leadership for the long-term.

How have you gained respect in new leadership opportunities?