Today’s post from C.S. Lewis is part of the blog series Discipleship: Re-Imagining Our Calling From Christ. To receive future posts from the series in your inbox head HERE. Engage with the writers and community of readers using the hashtag #DiscipleshipBlog. 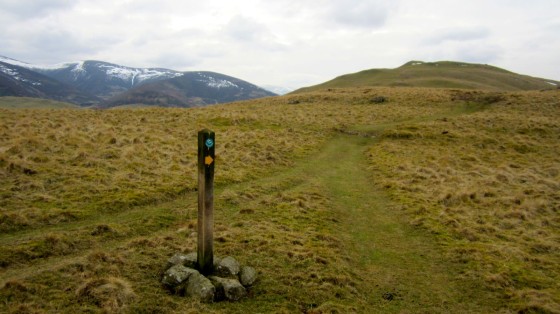 The ordinary idea which we all have before we become Christians is this. We take as the starting point our ordinary self with its various desires and interests. We then admit that something else—call it “morality” or “decent behavior,” or “the good of society”—has claims on this self: claims which interfere with its own desires.

But we are hoping all the time that when all the demands have been met the poor natural self will still have some chance, and some time, to get on with its own life and do what it likes. In fact, we are very like an honest man paying his taxes. He pays them all right, but he does hope that there will be enough left over for him to live on. Because we are still taking our natural self as the starting point.

As long as we are thinking that way, one or the other of two results is likely to follow. Either we give up trying to be good, or else we become very unhappy indeed. For, make no mistake; if you are really going to try to meet all the demands made of on the natural self, it will not have enough left over to live on. The more you obey your conscience, the more your conscience will demand of you. And your natural self, which is thus being starved and hampered and worried at every turn, will get angrier, and angrier.

In the end, you will either give up trying to be good, or else become one of those people who, as they, “live for others” but always in a discontented, grumbling way—always wondering why the others do not notice it more and always making a martyr of yourself.

And once you have become that you will be a far greater pest to anyone who has to live with you than you would have been if you had remained frankly selfish.

The Christian way is different: harder, and easier.

Christ says, “Give me All. I don’t want so much of your time and so much of your money and so much of your work: I want You. I have not come to torment your natural self, but to kill it. No half-measures are any good. I don’t want to cut off a branch here and a branch there. I want to the whole tree down. Hand over the whole natural self, all the desires which you think innocent as well as the ones you think wicked—the whole outfit. I will give you a new self instead. In fact, I will give you Myself: my own will shall become yours.”

Both harder and easier than what we are all trying to do.

You have noticed, I expect, that Christ Himself sometimes describes the Christian way as very hard, sometimes as very easy.

He says, “Take up your Cross”—in other words, it is like going to be beaten to death in a concentration camp. Next minute he says, “My yoke is easy and my burden is light.”

And one can just see why both are true.