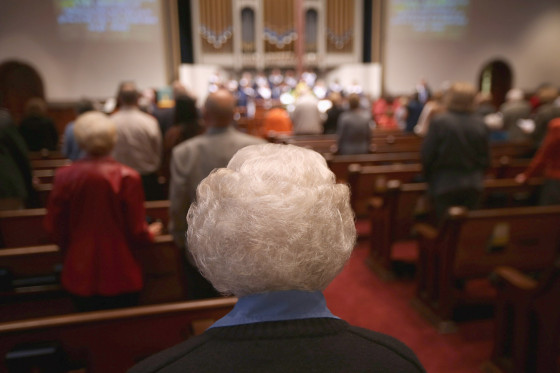 6 months ago a woman in her seventies at my church stopped me in the lobby at the end of the morning gatherings. She had tears in her eyes, as she usually does. My dad says people get softer as they get older. She’s a great example of that.

“Tyler, I have to tell you. I’ve been doing this worship in church thing for over 50 years. You’re the best worship leader I’ve ever worshiped with.”

What do you say to that?

“Wow, thanks so much. That’s probably the best compliment I’ve ever received after a Sunday morning.”

But to be honest I brushed it aside quickly. Partly for my own personal health. No human can hear compliments all day long without giving themselves a little credit. And partly because I knew this woman was one to give compliments. I believed her compliment, but she had always been forthcoming with thankfulness.

Fast forward to last week, the same seventy-something woman sent me a text message. It said,

“Last Sunday for me was probably the best worship you have done!!! Thanks.”

I responded thanking her for the kind words, and explained my usual bit about all the people involved who help make things go well.

But then I started to think about these compliments. One thought was that maybe I am the common denominator, and I’m such a great worship leader that I just continue to blow this woman away. Unlikely, at best.

The other thought was maybe this seventy-something woman is on a different level than nearly everyone else when it comes to worship. Maybe she is glimpsing the face of God in a way that no one else is, and I get to be a bystander in a holy, affectionate moment she is having. Likely, maybe even probable, considering the other option’s weakness.

Worship, in its truest form, has nothing to do with the stage or the people on it.

When it comes to locally gathered churches, worship has everything to do with the worshiper and their heart.

This doesn’t mean I won’t make an effort to go after my role of worship leader with everything I have, but I also know that “success” is never my own doing, but always the move of the Spirit.

So those of you who gather with a local church for worship, stop relying on the people on stage to provide you with good worship, and instead begin to foster a heart of worship that builds on what the leaders have prepared.