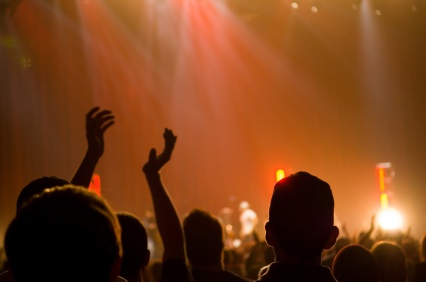 I’ve been leading worship for about a decade on a week to week basis. Over half of that time the worship leading has been part of my vocation and calling as a pastor.

During this time of leadership I have advocated for and led what are often called contemporary worship songs. I often think of it as “four songs and a blaze of glory” (cause you’re always winning when you make reference to church and Bon Jovi at the same time). In this, the goal is musical excellence for the sake of glorifying God, while putting on a concert-like experience for the church. It’s loud. It’s relevant. And I’m tired of it.

In recent years I’ve grown weary of the kind of congregational worship I previously advocated for if a church had any desire to reach younger individuals. I’m tired of “worship” being 99% pop-rock, with similar lyrical format and focus. But this is what the majority of Christian artists and churches are releasing, so I’ve followed along because I’m always drawn to that which is accessible and projectable.

This past weekend our time of congregational worship included a corporate prayer, read at the beginning and end, mixed in was a chorus that we sang throughout three separate songs. Also included was a quote from G.K Chesterton, and a Scripture reading from Psalm 8, all meant to highlight God’s creation as we looked at Genesis 1.

Despite doing just as much music as is typical, a lot of people said to me afterward, “that was different.” I took it as a compliment, even if they were confused at times. 21st century evangelical Christians are too programmed for 4 songs that begin and end on their own, leading into a message. Little time for prayer. No theme. Just something relevant, something that sounds good and looks good.

Every church has a liturgy, it’s just that many churches go with what works instead of thinking deeply about what reflects the nature and character of God.

Part of the reason music and song is a powerful form of congregational worship is because those words and tunes stick with us. I grew up singing “God is Good All the Time” so clearly one of my main desires is for lyrics to reflect the depth of phrasing found within the biblical text. The fact that many within our churches have no idea what Augustus Toplady meant by “double cure” should give us pause. Why can’t our rich musical songwriting be reflected in a beautiful tapestry of words?

Let me be clear, what I am not advocating for is the re-arrangement of old hymns, despite my gravitation toward them. If we come to church and sing four modernized hymns leading into a sermon we’re just changing the lyrics not the feel—like choosing different colors for drapes, the room is still the same.

A New Goal in Mind

What I desire is for my church body to associate congregational worship with them—that they have a role to play beyond singing whatever the lead singer is leading. I also desire for my church to have the idea that worship is not simply easy-to-sing music reinforced by our Sunday gatherings.

It takes three times as much effort but I’m constantly working to find Scripture readings, congregational prayers of confession, petition, and consecration, and responsive readings. What is often lost in our churches is that Christianity is a historical faith—many men and women have gone before us—their ideas for the church gathering deserve a voice in our church bodies, even if relevance is lost.

And it could be that losing relevance is the actual thing that gains it.

It is difficult to find resources that meld more traditional elements with contemporary instrumentation and music, but I’m thankful for these few that I would recommend to you:

This is just a beginning of the many resources out there. Feel free to post your recommendation in the comments.