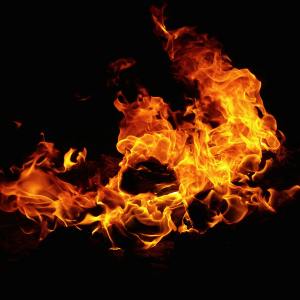 Following the 2016 Presidential Election I found myself exhausted from trying to keep up with the latest news and my personal response to it all. As a pastor and public figure with an online platform I felt it was my duty to help people navigate these difficult times by posting my take following nearly all of the biggest news stories that hit each week.

To do this well meant I needed to be up-to-date with all the latest in politics, culture, entertainment, and more.

Then I decided it was time for a change. I made the conscious, intentional decision to stop posting hot takes on the latest news.

This decision was and is platform suicide. It was also wise, though it’s taken much of that time for me to realize it’s wisdom.

I didn’t even recognize the ramifications entirely at the time, but it’s become clear since then: our online social networks are leveraged best through hot takes. In fact, I would go so far as to say that it’s nearly impossible to build a personal platform online without having an array of hot takes related to the biggest stories.

Online news and the takes following the news rely on hyperbole and speed. In order to get as much reach as possible you need to overstate your point and make it as quickly as possible. This, of course, discourages nuance, charity, and thoughtfulness because hot takes are then driven by clicks and views.

As a writer and pastor with a website, a following, and several outlets for connection with followers, I felt the pressure to keep up. If you don’t stick with the hot takes you begin to take a backseat to others who post first.

1. I have not successfully avoided posting hot takes on all the breaking news over the last 2.5 years. Some subjects are especially important and significant to me. Sometimes I lose sight of my stated desire to avoid putting out my hot takes. Sometimes it’s hard to stay quiet.

2. The counter-argument to my take on hot takes is that people are going to be influenced by someone or something, why not me? That’s a good point that I have no answer for.

To truly understand my intention on hot take avoidance I need to go back to the beginning. This all started by beginning with the end in mind. I had a greater goal in mind for myself, one that involved avoiding the formulation of hot takes. Generally speaking, I still have all the opinions, but I keep them to myself to focus on other things instead.

My Hot Take on Hot Takes

What motivated me to silence myself in responding to the latest news?

1. I wanted to focus on something greater than being noticed for having a good, hot take.

One of my favorite passages about Jesus is written about in Luke 5. In Luke’s Gospel, shortly after calling his disciples Jesus began performing miracles. Following the healing and miraculous signs, Jesus would tell the people to stay quiet. Why he did this is debated, but one thing is clear: he did not desire fame.

But Jesus couldn’t stop the crowds from jumping on the Jesus bandwagon. Luke says:

“Yet the news about him spread all the more, so that crowds of people came to hear him and to be healed of their sicknesses. But Jesus often withdrew to lonely places and prayed” (Luke 5:16).

Jesus had every opportunity to build a crowd and to gain greater notoriety, but he valued something else entirely.

2. Hot take formulation is far too public to not cause damage to our souls.

In the Sermon on the Mount Jesus encouraged people to “close the door and pray to your Father, who is unseen. Then your Father, who sees what is done in secret, will reward you” (Matthew 6:6). Juxtaposed next to this type of prayer is that of the Pharisees who make a show of their prayers—external righteousness—to which Jesus says “they have received their reward in full.”

Hot takes are not only are a form of virtue signaling (I’m right, you’re wrong), but they only allow for the kind of rewards that are ultimately unsatisfying. Our souls long for something of eternal significance beyond the temporal value of being seen, yet how quickly we take the bait in place of pursuing something greater.