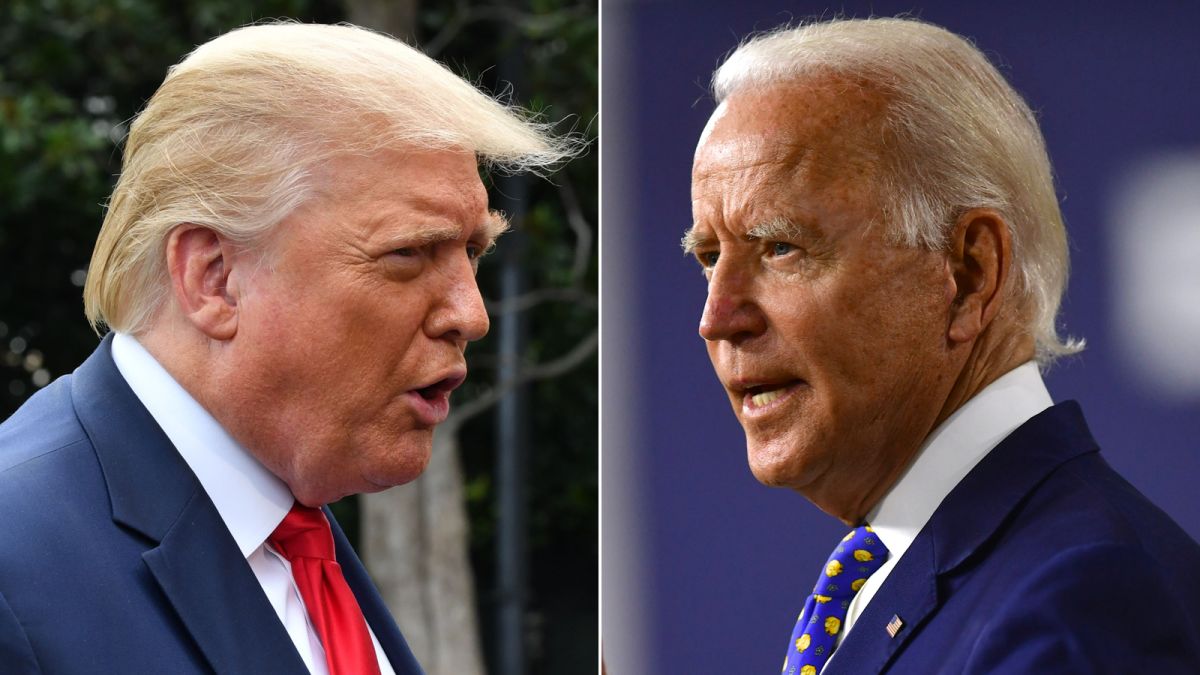 Why I Won’t Be Voting For a President, Again

Now that the two major US political parties have hosted their conventions, announcing their candidates and platforms, it is time to decide who is worthy of my vote for President of the United States. Four years ago I published an article outlining why I found myself unable to vote for either of the two-party candidates nominated in the 2016 Presidential election. I find myself in a similar place again.

I have many dear friends who I respect and value that will be voting for Joe Biden and Donald Trump. In sharing my reasons for not voting for either of them I am not valuing these friendships less, I am simply sharing a different perspective.

I am at heart a moderate in most things, including politics—wanting to find the best sustainable solution, rejecting polarities. I am also a Christian who wants the teachings and example of Jesus to inform my conduct, including how I vote. I hope my perspective can be helpful for those of you looking for something that seeks to ignore the political partisanship of these days.

I share these thoughts not to be divisive, but to process what I hope is for many is a decision worthy of contemplation and study. In my home state of Oregon my vote for a President is irrelevant and will not change the outcome. What I do hope can change is the trajectory we find ourselves on in public discourse and political engagement. I hope you find my process of working through the validity of both candidates to be helpful.

Why I Cannot Vote for Joe Biden

1. He reversed his stance on the Hyde Amendment.

What is the Hyde Amendment? It was put into place as a way of appeasing anti-abortion groups by not allowing federal dollars to go to abortion funding. The thinking is that those who are opposed to abortion should not have their tax dollars funding it.

Up until last year Biden agreed, but now he has changed course because he believes the Hyde Amendment impedes necessary health care changes under his universal health care plan.

I find this troubling because it represents a partisan move, with Biden distancing himself from those who have a different perspective on abortion. I believe abortion is a stain on the United States and its historical legacy as a people, and I cannot vote for someone who no longer wants to recognize the validity of my stance on our moral obligation to steward the lives of the most vulnerable of all people groups, the un-born.

As someone who wants to see Congress work together toward practical solutions, I had hoped Joe Biden would choose a candidate who had a history of bipartisan work. Biden, however, chose the least moderate of all possible VP choices in a current elected position. According to GovTrack Kamala Harris joined bi-partisan bills the least often of all Senate Democrats.

Harris recently questioned a judge up for nomination based on his affiliation with a Catholic organization that has long held an anti-abortion stance:

“Were you aware that the Knights of Columbus opposed a woman’s right to choose when you joined the organization?”

Her question suggests that there is no place in public service for those who have competing views with her own. Americans cannot move forward as a society, in a positive manner, if this kind of partisan perspective becomes the norm.

This is a more subjective statement and cannot be expounded upon with quotes and facts. It’s more of a feeling, and it’s a line many Democrats have relied on in championing Biden as their candidate—”the stakes are too high not to vote for Biden.” I find it uncompelling to vote for someone because the other options are far worse.

Why I Cannot Vote for Donald Trump

Four years ago here were my main reasons to not vote for Trump:

All of those reasons have proven to stay true, but with one Presidential term to look at, I have other reasons why I believe Donald Trump is not fit for the Presidential office.

1. He has not sought to be the President for all people in the United States.

In times of crisis the Presidential thing is to seek to bring people together and to champion the power of a unified country. What Trump has done with every single crisis is to tear apart his dissenters on Twitter, seeking to increase the divide between left and right through polarizing language and baiting tactics.

Take for instance Trump’s actions following the international protests that took place following the murder of George Floyd. In a press conference Trump made it be known he would use force to quiet any violence, drawing on the Insurrection Act of 1807.

Following the statement, Trump deployed military police from the local area’s National Guard to forcefully clear protesters from Lafayette Square, located a stone’s throw from the White House, to have a photo op with a Bible (not his Bible, just a Bible, as he mentioned) in his hand on the steps of a nearby historic church.

As a Christian, I find it appalling that the Bible would be used as a prop that somehow legitimizes his authoritarian act of removing peace protesters. To justify one’s action over another by saying God is on your side instead of theirs is peak arrogance that seeks to stoke the fires of division. The Office of President should be above the kinds of partisan acts. The reality is that Trump has used the office to continue his campaign, pandering to his base, rather than lead all Americans.

2. The policies Trump’s Administration have implemented around immigration and refugees are not biblical.

For now, let’s leave “The Wall” out of this. Instead, let’s discuss the border detention camps and the policies around religious refugees. While it is true that the border detention camps, housing people in cages, were built under the Obama administration, Trump has ramped up focus on immigration, using Immigration and Customs Enforcement (ICE) to find and deport non-US citizens.

And then there are refugees, numbering over 20 million worldwide, and most recently Trump’s Administration has lowered the number of refugees the US will accept per year to be 18,000 (a 500% decrease in 4 years), putting quality Christian organizations such as World Relief nearly out of work. In fact, at our current rate, less than 10,000 refugees will be resettled this year, a far cry from the 130,000+ resettled under the George H.W. Bush Administration.

I care about this because as a Christian, God’s Word gives mandates around care for foreigners and refugees (Deuteronomy 10:17-19, Matthew 25:37-41). I believe we need more tables, not fences.

3. The current pandemic crisis we face is at least partly due to the inaction of Trump.

This one is quite simple. There is no way to know whether Trump or any other President could have more successfully navigated Covid-19. But I do believe that Trump’s unwillingness to put the full weight of his authority around wearing masks and fast, low-cost testing has put us in the position where nearly 200,000 people have died and every American’s life has been altered. It did not have to be this way. For a man who prides himself on quick decision-making, he has failed this one.

Last week Trump made the promise of delivering a vaccine by the end of the year, which is something I hope comes to pass. Of course, Trump made a similar promise in May. He also made this promise in front of an audience who was not honoring any social distance guidelines, as well as only a few wearing masks. If scientists are saying these two steps are the most helpful things we can do to combat the virus, why isn’t the President helping increase the adoption of these guidelines? A vaccine would be great, but, now a half-year into the crisis we needed the leadership and example of the President to prevent the rampant spread of the virus.

Although neither of these men meets the threshold of being worthy of my vote, they are the candidates we deserve. My frustrations with their candidacy are reflected in society as a whole. We do such a poor job of considering those who sit on the other side of the ideological aisle.

If you find yourself frustrated that these candidates are the best we can do, I would encourage you to consider what part you have to own in helping your little pocket of our great country to move forward together.