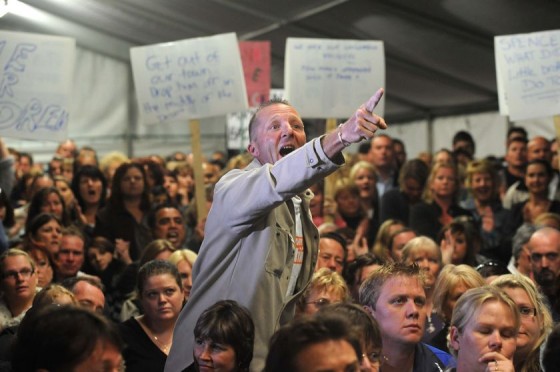 You ever notice how many Christians are quick to attack others when it means keeping their ideological opinions “right”?

And sadly, with social media I believe this problem has taken a whole new level. It doesn’t take a leadership position to be able to speak into a crowd of people with various opinions anymore, it only takes a following on social media.

Last week Glenn Beck said something I totally disagree with and the backlash towards him from many in the Christian community was great.

Just a few months ago Pat Robertson also said something I totally disagree with and the backlash towards him from many Christians was huge.

And I could name plenty more examples of Christians or non-Christians that have been burned at the stake of public opinion by Christians.

So I ask you…what is the point of standing up against opinions you disagree with?

Honestly, I’m sick of all this. It makes me want to ignore social media completely. We’ve abandoned “the truth in love” for “the truth hurts.”

I fear that too many are willing to crucify these men instead of engaging a conversation. Christians can become so completely unChristlike when someone offends them.

And I get it, because (especially within social media) it is a lot easier to gain a following by being condescending, negative, and overtly opinionated, than it is to be uplifting, positive, and gracious.

I think Jesus speaks directly to us when it comes to dealing with those who disagree with us or offend us:

“I tell you, Do not resist an evil person. If someone strikes you on the right cheek, turn to him the other also. And if someone wants to sue you and take your tunic, let him have your cloak as well. If someone forces you to go one mile, go with him two miles. Give to the one who asks you, and do not turn away from the one who wants to borrow from you.”