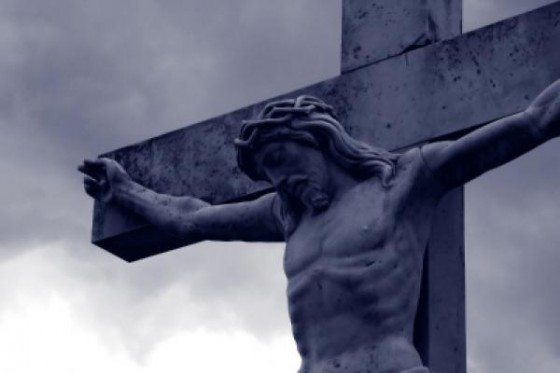 The word stewardship has been hijacked by the American church to primarily mean monetary giving, which is such a narrow view of all stewardship truly is. As “ambassadors” we are stewards of God’s presence within our world because of God’s Spirit dwelling within us (I’m thinking of 2nd Corinthians 5:20 here). With this in mind, we can come to see stewardship as reaching far beyond mere giving of our money (though that is an aspect no doubt).

Consider the immense suffering Jesus endured during this week we know as Holy Week. The betrayal of almost all his friends. The physical beatings and lashings. A slow fade into death through the brutality of crucifixion. The mockery of walking through the city wearing a crown of thorns.

And in the midst of all of this suffering He was a faithful steward of it for the sake of the Father. He was able to bring another man into the kingdom with Him. He was also faithful to His calling. The stewardship of His suffering is something that should strike us and draw us into our own suffering for the sake of being a better ambassador for Him.

So what is the point of being a steward of suffering? Isn’t suffering just something to grin and bear it until the difficulty passes? In the tension of living in suffering and hoping for better is there a purpose we can be stewards of? I appreciate Paul’s encouragement as it relates to endurance of suffering:

We do not want you to be uninformed, brothers and sisters, about the troubles we experienced in the province of Asia. We were under great pressure, far beyond our ability to endure, so that we despaired of life itself. Indeed, we felt we had received the sentence of death. But this happened that we might not rely on ourselves but on God, who raises the dead. He has delivered us from such a deadly peril, and he will deliver us again. On him we have set our hope that he will continue to deliver us, as you help us by your prayers (2nd Corinthians 1:8-11).

Part of Holy Week, part of Good Friday, is a challenge–a calling–a reminder that we are to be stewards of our suffering. The suffering does not exist for us to dread the difficulty of life.

We steward the suffering of life well by living in the tension of Christ dwelling in us and waiting for Christ to come again…the here and not yet.

Next time the offering plate passes by remember that we are not only called to be good stewards with our money, but with all parts of our lives, including our suffering.