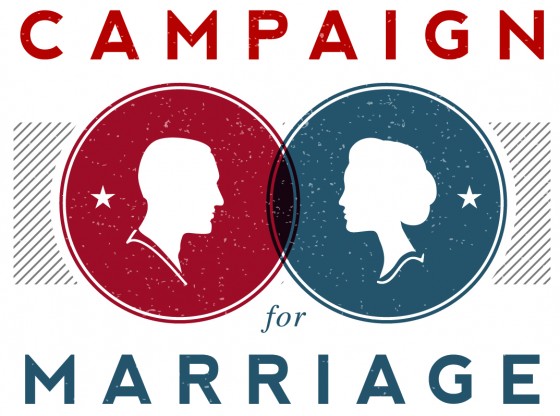 Since my marriage began six years ago I’ve had a number of friends lose theirs. Some by choice. Others were told that the marriage was over by their now former spouse. After the first three friends I stopped counting. It broke my heart and I didn’t like telling other friends a number. Instead I tried to tell the stories of marriages that ended so my still married friends would realize how fragile marriage is.

Where was I when they needed help? Why didn’t I ask the hard questions to get underneath the surface level?

A few weeks back the U.S. Supreme Court heard arguments on marriage equality. I, along with many others, see this issue as an “only a matter of time” type of issue. Studies show Americans have made up their minds on this issue. Sure the issue will continue to be debated but soon the debate will transition from gay marriage, to why marriage is only defined as two people.

Among Americans my age, over 80% are in favor of legalizing gay marriage. And the biggest reason for their views is because they know someone who is gay.

But I must confess I’ve followed very little news about it. And I doubt that I will follow it much in the future either.

Why you ask? It’s hard for me to focus on a crisis of allowing more people to become legally married when existing marriages are already so fragile. All this news surrounding the push for marriage equality tempts you to take your eyes off the marriage crisis already happening.

By now everyone knows that national divorce statistics are no different between Christian couples and those who are not Christians. Having a faith in Jesus won’t save your marriage.

But the problem goes deeper than this. Marriage is no longer viewed as the foundation for our culture. 44% of 18- to 29-year-old Americans believe marriage is becoming obsolete. Only half of U.S. adults are currently married (link to this study).

Ron Sider had this to say: “What do I most hope and pray Christian Millennials will take to heart and do? I beg you to recover and live the Christian truth of the lifelong marriage covenant. Please reverse the agony and hell in our families by keeping your vows to your spouse and your promises to your children.”

I think what Sider gets at is important for you and I as we consider taking steps forward in our culture. Instead of fighting for or against the latest political issue surrounding marriage, why not fight for the marriages all around? Instead of posting your opinions and convincing no one, why not reach out to couples in various life stages and find out how you can support them?

The well-known phrase of “people will never care how much you know until they know how much you care” is never more poignant than when it comes to this subject. Care about someone before you go on waxing eloquently about your opinions. Make a difference instead of making a point.