Each day you are presenting ideas and messages to the people around you. Sometimes you’re trying to persuade, other times you’re helping others understand, and most of the time you’re presenting a point of view for an upcoming decision. While not all your presentations are from a stage with a microphone, you are constantly presenting thoughts and ideas.

One problem: most often you’re not making a difference. 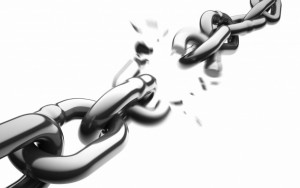 A few months ago I gave a talk that I thought went pretty well. People seemed to laugh at the jokes, nodded at my exhortation, and thanked me on the way out. But I couldn’t shake the feeling that something was missing.

I developed my idea, built to a final point, and did so with positive and negative examples. But I think I missed the mark. Not that people couldn’t have left without being impacted. Not that a number of people were greatly challenged by the words I shared.

I missed an opportunity to bring more people along for the ride.

Until people know why the thing you’re sharing makes a difference in their lives, they’ll rarely follow through with what you tell them.

My message that day was on leadership. I think I handled the topic well by landing on the idea that leaders need to follow before they lead. And for those people who view themselves as leaders I think I made an impact.

The problem is most people don’t view themselves as leaders. Sure they might be parents, or they may have small areas in life where they have some jurisdiction over others. But, by and large, most people enjoy being followers.

I spent a total of 4 sentences in my entire talk helping people to see why this message was important. And that’s simply not enough.

Essentially what I did was as silly as giving a message on playing basketball to a room full of baseball players. Some overarching themes will connect because they’re athletes, but a massive opportunity was missed because I made no effort to help baseball players see why this message on basketball made a difference for them.

My approach when it comes to speaking, writing, or consultation is typically that I have something I want to present to others. This isn’t all bad. My experiences have given me some expertise in certain areas. But it’s also a self-centered way to present an idea.

This kind of presentation looks at ideas in a mirror instead of reaching out to open the front door. And presentations are typically like this. The problem is they’re presenter-centered, instead of audience-centered. In this type of message the ideas make all the difference in the world for you, but they have a hard time getting into others. This is true whether you present a message to two people or two thousand.

No longer is the goal to present your ideas well. That becomes a secondary goal. The initial goal is to do everything you can to make a difference for others.

Generally speaking, people will listen to what you have to say. They’ll also get something out of what you share if you spend time putting together worthwhile thoughts. But think of all the missed opportunities there are because you never helped people see why what you share is important. This relates to speaking, writing, leading, etc.

Reach them before you reach yourself.

Everyday each of you have the chance to paint a picture for others. Make sure you take the time to help them see why the painting can make a difference for them.