Pastors are weary of what they call “the back door”—the people who leave without saying anything, giving the pastor no idea of why. The back door is one reason church life is difficult. People who you have given your life for sometimes leave at the drop of a hat. 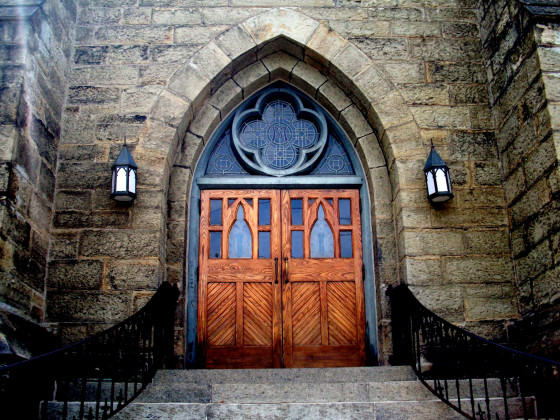 I’ve seen something interesting happen online in the past few weeks. Recently Relevant Magazine featured an article on really bad reasons to leave church. As a pastor, I agreed with the article. As someone who knows people who have left church for the reasons mentioned, I cringed. Maybe I’m getting soft, but I wondered how the words of the article would sting. Maybe they should?

Then earlier this week Donald Miller wrote about the reasons he finds himself not pursuing church life. Don and I connected through The Mentoring Project back when he and I were both in Portland. Don is 100 times the writer I’ll ever be. He played a role in planting a church in Portland that has literally changed the city. I have a high level of respect for Don. I honestly believe Don is a prophetic voice for Christians today. I don’t say that flippantly.

As you can imagine, many a church going folk has shamed Don for his lack of church involvement. “Church isn’t about you.” “Chuch is about community.” “You’re just focusing on your own feelings, being selfish.” You can imagine the backlash from church apologizers. Honestly, these kinds of statements were my first reaction.

Why is it the first reaction of church attenders to shame those who haven’t found it to be a home?

A couple reasons stand out. First, insecurity. What if more people leave? What if there’s a mass exodus for the back door? Maybe we’re just scared of what it could mean if more people start buying into the idea that church can happen anywhere.

Second, as much as any other demographic, Christians have a desire to be right, not wrong. If God commanded us to go to church, while also being part of The Church, then we must go. So those who choose to walk out the back door are wrong, and those who stay are right, the church-goers say to themselves.

We’re so busy pointing fingers at people as they walk out the back door that we’re missing how the church is partly to blame.

Why do you go to church? How you answer that question ultimately shapes what church is. If church is music and teaching as Don describes—if church ceases to be a place of formation, depth, and community, it’s no wonder the back door is a reality. Amidst the push to stand out for the sake of relevance, the pop culture church is becoming irrelevant.

How many read Relevant’s article on bad reasons to leave the church and thought, “I guess I’m one of those bad people”? Rather than piling guilt on those who leave church, let’s instead start pointing fingers ourselves, and our churches.

Bill Hybels is well known for saying that “the local church is the hope of the world.” I believe this to be true, but not if we’re content pointing fingers at those who walk away, instead of building for the coming Kingdom by forming thriving churches.

We can do better.

Here’s a few other posts on this subject, from writers I have much respect for: Mike Cosper writes about the failure of the church and Derek Rishmawy writes about the danger of isolating our worship.