Last Friday afternoon a guy from church called me frantically asking if our church building was on fire. I was confused. “Of course not,” I thought. But I, of course, was not at the building either. A few phone calls later it was confirmed that a small fire had started. Didn’t sound too bad.

I arrived 45 minutes later to smoke pouring out of every open window in the entire building. So much for small fire. As I later learned, most often a fire causes its damage through smoke, not flame. 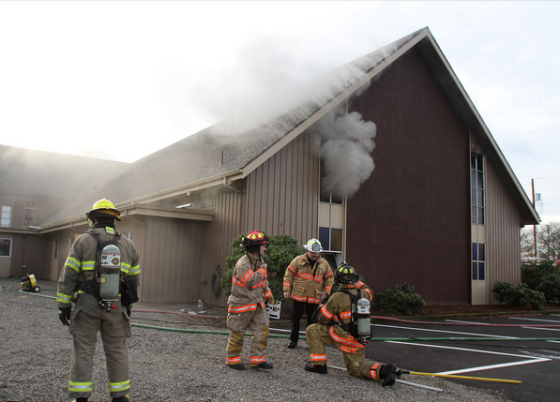 No one was hurt, or even in danger of being hurt. The fire crews saved the sanctuary from total destruction. You begin to ask yourself, was this even a big deal? You feel shaken, unsettled, but needlessly? Hard to say when you have 1,000 different emotions all colliding at the same time.

I had planned to speak on Old Testament worship this past Sunday, so the joke quickly became that I had planned to discuss burnt offerings, but a church fire wasn’t exactly what I had in mind.

For nearly half of our church’s existence we have been a mobile church, setting up and tearing down each weekend. So the current situation isn’t unusual to our church body, but you couldn’t help but wonder how the people would respond.

On Sunday I shared this thought after we gathered:

A fire may have kicked us out of our building for a while but the church is alive and well. 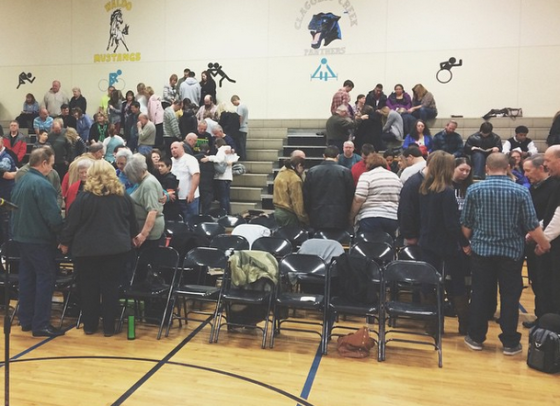 Any church with a consistent meeting place has a tendency to turn a building into the church. A local church body needs a gathering place, but this space is not the church, only a place of common meeting. But how quickly this space becomes “the church,” instead of “a building.”

This Sunday the church showed Holy Spirit power and Trinitarian unity as we gathered. We are a living, breathing example of how God refines us through the fire.

For those of you who have prayed for us, thank you and please continue to.

The best days are ahead.