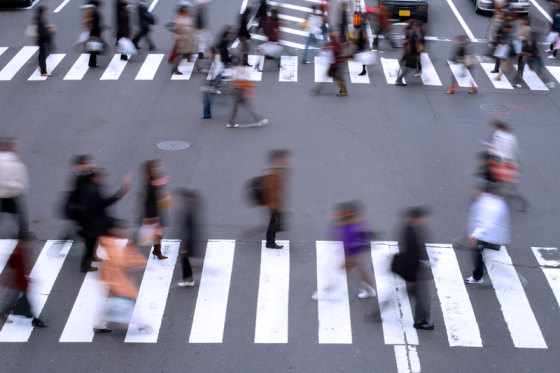 “I’m busy.” This is the answer I get most often from people when I ask them “how are you?” It’s quickly replacing “fine” or “good” as the go-to answer for most people. It’s their way of saying they don’t have time to talk to you.

Technology has made large parts of life significantly more efficient, but instead of allowing ourselves to have more margin, we just fill in the cracks with more stuff. This is no knock on technology, it’s a knock on us for lacking the discipline to know when enough is too much.

More than just being busy, busy is a drug that inflates the ego so each individual sees themselves as significantly more important than necessary. Consider this from Carl Honoré: “When people moan, ‘Oh, I’m so busy, I’m run off my feet, my life is a blur, I haven’t got time for anything,’ what they often mean is, ‘Look at me: I am hugely important, exciting and energetic.'”

It’s no secret that in a social network society, we’re all trying to get more attention, and busyness is one way we feed the addiction. It’s as if we’re saying to each other, “Look at me! I’m busy.” The people who aren’t pushed beyond their limit are seen as lazy in the eyes of the busy, not nearly as important.

It’s as if we’ve never heeded the necessary words of Isaiah:

This is what the Sovereign Lord, the Holy One of Israel, says:

“In repentance and rest is your salvation,
in quietness and trust is your strength,
but you would have none of it.” (Isaiah 30:15)

My Charge to You

Here is my charge to you, a baby-step for the busy, the tired, the weary, the I-have-too-much-going-on-to-read-this-post:

Don’t ever tell anyone you’re busy when they ask how you are doing, or what you’ve been up to.

You don’t even have to change a single daily or weekly habit, just don’t tell others you’re busy.

Why? I think we’re more addicted to the idea of being busy than we are actually busy. After all, millions of people watch hours of tv every night. If you’re among them, you aren’t busy at all.

So let’s kick the addiction to busy by no longer embracing the idea, and certainly not telling others that we’re busy. Yes, it’s a baby-step, but it’s a needed step.