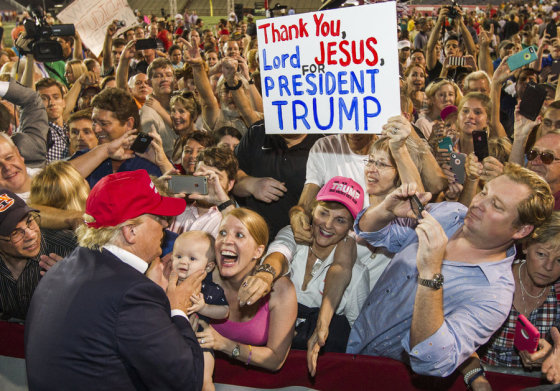 The story told in Luke’s gospel about two disciples walking on the road to Emmaus is striking. The story tells of these two downtrodden men, in disbelief that the man they had once believed was the Messiah, was now dead.

But Jesus disguises his identity and joins these men for part of their journey to Emmaus, listening to them share their grief, pain, and sorrow. Jesus jumps into the conversation, reminding them of what the Messiah had come to do. At their arrival to Emmaus, Jesus breaks bread with these 2 disciples, though they still do not recognize him. As the food is passed, in a flash they recognize Jesus for who he is, and subsequently, Jesus vanishes. But the bread remains.

Has Jesus truly left the room? Well yes, but no. No he hasn’t. He is in the room, embodied in the form of bread, because he had only days earlier told his disciples that the bread signified his body, broken for those who would follow him (Luke 24:30-31).

The Play for Power

The story has consistently been a reminder to me about how even disciples of Jesus want something from God he never desires to give. These disciples were in shock over Jesus’ death primarily because they saw him as the one who would fix Israel, by again redeeming it and raising it to prominence. And based on the response Jesus gave them, it’s quite clear, they missed it!

The redemption Jesus came to bring about was not of power, but of sacrifice. Many followers of Jesus had hoped he would give them a seat at the table of power, overthrowing Roman rule. Instead, Jesus gave them bread and a cup.

About this Brian Zanhd rightly emphasizes that,

“The false hope for the kingdom of Christ to be one of conventional political power was always bound to disappoint those who fail to understand the true nature of this new kingdom, whether it’s the Emmaus Road disciples, the architects of Christendom, or the modern-day Religious Right. Jesus will not be with us as a means of conventional political power” (Water to Wine, pg. 133).

A month ago Donald Trump met with a large group of Christian evangelical leaders, a group I consider myself to be part of. While the entire meeting really deserves a larger discussion, I want to focus on one particular aspect of the meeting. In directing his thoughts toward these church and ministry leaders Trump put his emphasis on power, saying:

Based on the polling data from the New York Times, a large majority of evangelical Christians are planning to vote for Trump this November. His appeal to power has, thus far, worked like a charm. If it’s power you want, Trump is your guy.

I see many within my tribe walking this same Emmaus Road of fear and disillusionment, wondering what grave circumstance will overcome them next, looking for anyone who might speak to their basest fears. Meanwhile, Jesus is sitting at the table, breaking bread.

My entire life the Religious Right, Moral Majority has set fire to Democrats for the lack of morality within their platform, now at the end of their shelf life, they have abandoned their own moral compass for one last stab at power. The dying wish of a hugely influential group is not to wash the feet of those who wish them dead, but to grasp at power.

But, of course, for the Christian, power is not what Christ calls us too.

A Reason for Hope

While fear may categorize these times, I firmly believe these hard times are a new opportunity for Christians to show that the kingdom which truly matters comes not through power, but through sacrifice. Hope is not found on a ballot or in a house in DC. Hope is found only in the gospel.

If nothing else the 2016 election is forcing Christians to reprioritize where politics fits within the hope they have. Voting is not even the most important thing a Christian will do on November 8th. Let’s lay down our power to take up our prophetic role within a society soon to be let down by false advertising.

I believe the best days are ahead, no matter the outcome in November, and I believe that because the kingdom of God is coming and it is here. Through the body and blood of Christ, broken and shed for you, we inhabit the presence of God, and His presence fills this world through our hands and feet.

Friends, be the church.