About 6 months ago a team of men I’m involved with launched a devotional app for Apple devices. Today I’m sharing one of the almost 100 devotional posts you can read through the app. 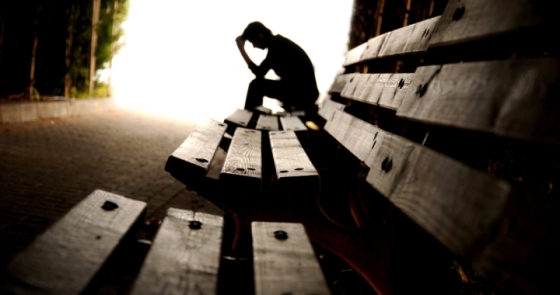 “The apostles left the Sanhedrin (local religious leaders), rejoicing because they had been counted worthy of suffering disgrace for the Name.” Acts 5:41

The entire chapter of Acts 5 deserves a look in order to understand the magnitude of verse 41. The apostles, led by Peter, were preaching about Jesus all over town, generating quite a following. This, for obvious reasons, irked the religious leaders. So they arrested the apostles.

Thanks to the help of an angel the apostles are set free from prison and make their way into the city to again preach about Jesus to anyone who will listen. And again the religious leaders find them, this time they are upset because they thought the problem had been resolved.

The apostles are arrested again and brought before the Sanhedrin, a local religious governing body. They are asked not to speak about Jesus anymore, to which they reply, “We must obey God rather than human beings!” Not exactly following marching orders, as the Sanhedrin had hoped.

Ultimately the religious leaders know they can’t charge the apostles because the local people will riot. Instead, the apostles are flogged, and told not to speak about Jesus, but they are not charged with a crime.

The apostles respond to this beating by rejoicing for being counted worthy of suffering.

Just let that sink in.

These men were arrested though they had broken no law. These men were threatened for speaking about Jesus. These men were charged with nothing, and yet they are brutally flogged. And despite this incredible suffering and agonizing pain, they chose to rejoice.

Some days the greatest suffering you face is 5 minutes of extra traffic on the way home from work.

These men were charged with nothing and were flogged for it.

“We rejoice in our sufferings, knowing that suffering produces endurance, and endurance produces character, and character produces hope, and hope does not put us to shame, because God’s love has been poured into our hearts through the Holy Spirit who has been given to us” (Romans 5:3-5).