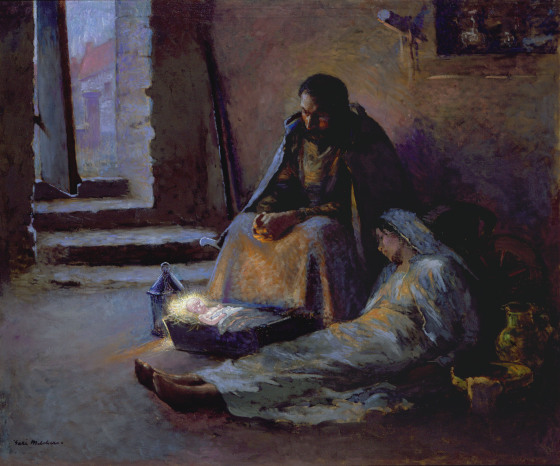 Leading up to the time of Jesus, the nation of Israel had their eyes fixated toward the coming Messiah. He would be the one to loosen to chains of Roman rule, leading a revolution toward freedom and power for God’s people.

The Jewish people would read and study texts such as Isaiah 10 and 11 and come to an understanding that the Messiah would be a man of great nobility, of political and military prowess, and he would fight for God’s people. Several men did lead the Jewish people in victory and quickly they would gain a following: “This must be the man long foretold,” the people would think.

One of these men was named Judas Maccabeus, who led the Israelites in revolt a few hundred years before the birth of Christ. Through various battles, he led the Jewish people in taking back the Temple in Jerusalem from a foreign power. His victories led to the yearly Jewish holiday we know today as Hanukkah.

But alas, with Judas Maccabeus and several other men who gained a following, their success would wane, and the search for the Messiah would begin anew.

In this hot pursuit for a Savior, the Israelites totally missed it. They were looking in all the wrong places.

No, the Messiah was not a man of great nobility, or a man of political and military prowess.

The Messiah, God Incarnate, came down as a baby, the most helpless, needy state a human being can be.

He was born in Bethlehem, a town of zero prominence.

He was born in a stable, surrounded by the smoke of a fire, and the manure of cows.

Shortly after His birth, our Lord became a refugee, rejected by the powers that be.

Isaiah 53 prophesies about the Messiah, saying: “He was despised and rejected by mankind, a man of suffering, and familiar with pain.” While this text is often associated with the crucifixion of Christ, it just as well applies to His birth.

Throughout the Old Testament there’s a theme of God’s people going to “the high places” in search for God’s presence. At one point, the people built the Tower of Babel, believing it was the high places where God can be found.

Too often we’re busy looking for Him in the obvious places, desiring to find Him in the headlines, and for Him to raise us up to prominence as well. But the truth is God desires the back pages, in obscurity, where only the faithful servant can find Him.

For those who seek to find Him, this is good news, because God sits with you. He sits with the rejected, the overlooked, and the sinner. More than the feeling of nostalgia or the warmth of a gift exchange, Christmas is the story of Good News where God chooses to come as weak and lowly, extending a hand toward those who need a lift.

So, let’s be like the shepherds and the wise men, who saw past the allure of power and prominence and found God in rejected obscurity.

Merry Christmas and Happy New Year friends! I’ll be back in 2017. -Tyler