As Lady Gaga took the stage for 2017’s Super Bowl Halftime Show, I could think of no other more fitting artist for the times we live in. While she certainly had the attention of fans previously, her song “Born This Way” became an anthem for generations who felt overlooked, misunderstood, and unvalued by those around them (if you haven’t seen the music video to “Born this Way” it’s fascinating, in a troubling way).

Underlying this cry from many—given voice through the lyrics of Lady Gaga—there’s a desire to be free to do what makes someone happy. It’s a cry for liberation. Gaga taking the Super Bowl stage is just a reminder to everyone this is mainstream thought throughout much of the world, not an isolated principle only a few people believe. 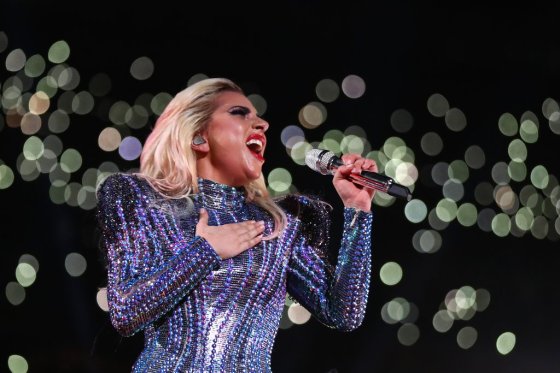 While most dictionaries understand “gospel” to be a word associated with the life and teachings of Jesus as understood in the Christian faith tradition, “gospel” can also be understood as something accepted or promoted as infallible, bulletproof truth.

In a sense “gospel” could be more easily understood as “good news.” When extracted beyond the Christian faith tradition, we can begin to see how there are all sorts of “gospels” in our world, so which ones are gaining traction?

In 2017, when Lady Gaga can take the world’s biggest stage proclaiming, “Don’t hide yourself in regret. Just love yourself and you’re set,” I think it’s fair to say that the biggest gospel is the personal autonomy to be happy. Meaning you are given full control of your life, no constraints, and the largest goal for having this control is personal happiness.

Lady Gaga and Kevin Durant: Cut from the Same Cloth

Last week Bill Simmons interviewed Golden State Warriors forward Kevin Durant for his podcast. I loved the interview. Durant is historically a soft-spoken, out of the spotlight guy, and he’s one of the great basketball players to ever play.

Last summer Kevin Durant was a free agent, essentially able to sign with any team in the NBA he wanted. He chose to leave his previous team Oklahoma City, in order to play with the Golden State Warriors. We could evaluate the move on a number of levels, but when Simmons and Durant discussed this decision now over half a year old, he continued to talk about his desire to do what would make him happiest.

Durant scoffed at the notion that his decision should have included how it would effect former teammates. He also defended several players who switched teams in previous years, each time saying they had to make a decision that is best for them.

Kevin Durant is connected to Hillsong NYC pastor Carl Lentz and has spoken of the importance of his Christian faith. Lady Gaga was raised Catholic and has said she still believes much of what she was raised in.

I share those two examples to point out that this gospel of personal autonomy toward happiness is not something beyond Christians today, is it firmly entrenched within.

How else do we get to the point where a Christian pastor can write something titled “Your Best Life Now” and people will make it into a best-seller?

Death to the Gospel of Self

Yes, today we live in a world fixated on self-expression, and anyone opposed to this freedom of individual expression is deemed to be bigoted. But I do believe the question must be asked: does pursuing life through the lens of seeking individual happiness actually result in true happiness?

Let’s consider how Jesus went about valuing himself, his life, and those around him:

“In your relationships with one another, have the same mindset as Christ Jesus:

Who, being in very nature God,
did not consider equality with God something to be used to his own advantage;
rather, he made himself nothing
by taking the very nature of a servant…” (Philippians 2:5-7)

Considering moving or taking a different job? Have a big life decision to make? Certainly, you should not eliminate yourself from the equation entirely, but you must also consider what serving those around you looks like. You must consider what dying to self looks like. Part of considering others as better than yourself is to actually consider them and their well-being over and beyond your own.

If Jesus made himself nothing for our sake, we must put to death the gospel of self, because true happiness cannot be found there.