This past Sunday Moonlight won the Academy Awards’ Best Picture for 2016, in rather dramatic fashion. But what is most dramatic about its victory is that fewer people have seen this year’s best picture film than nearly all best picture winners, ever. The Academy Awards (sponsored by shoe hero this year) has raised quite some brows this year, with the award felicitation. 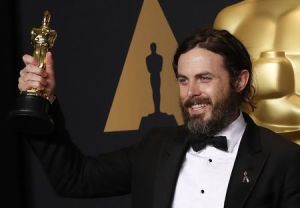 Couple that with this year’s best actor award going to a film produced by a video streaming service (Amazon video) and you can quickly see the shift taking place in film and audience viewership. It rarely pays the bills for a Hollywood studio to try to win an award. But producing another summer superhero blockbuster? That’s another story. The movies that sell in theaters are in large part, thrill rides.

So actors and directors and film houses are slowly pushing their energy to creating content for these streaming services (Netflix, Amazon, Hulu, and a few other small ones). For example, Will Smith is starring in a movie to be released by Netflix later this year. If it sees the big screen of local cinemas that’s only because Netflix is looking for it to be award season eligible. Netflix wants to add to their library to motivate users to sign up for monthly access.

If the main producers of content have a goal of creating more content, instead of creating art that matters, what have we lost? If your goal (like mine) for having Netflix is because there’s always something to watch, what affect does that have on us?

Last year a study released said the average American checks their smartphone over 200 times a day. I read that and I thought the number was low, because, well, it’s low for me.

Yesterday I got on Facebook. Then I closed out of Facebook and without realizing it I opened Facebook again, because I thought, “hey I should check Facebook. Great idea!” The same idea I had a few minutes prior.

There’s a reason people in the tech industry are creating things like “the distraction-free iPhone” and why Nokia is bringing back it’s “dumbphone.” It’s more than a nostalgia thing, it’s because people are realizing the unrelenting pace of smartphones is crippling their lives. Here’s The Atlantic discussing the re-release of the Nokia 3310:

For years, internet-driven, mobile computing technology was heralded as either angel or devil. Only recently has it become possible to admit that it might be both. Cigarettes, after all, produce pleasure even as they slowly kill.

We tell ourselves we want to be connected and informed, but have we considered the side-effects of never-ending vibrations and notification dings that sit in our pockets and purses all day long?

(and if you think that question is too exaggerated, why not look at the 5 new brain disorders developed in our digital age)

Today is the beginning of a season in the church calendar known as Lent, a season of preparation leading up to Easter. Traditionally Christian believers have abstained from something in order to rely more heavily on God’s presence in their lives.

Lent is a reminder that less is more.

Is it possible to have abundance when our lives are overflowing with chaos?

Certainly, I’m not asking you to cancel Netflix or sell your smartphone.

But shouldn’t you at least consider it?