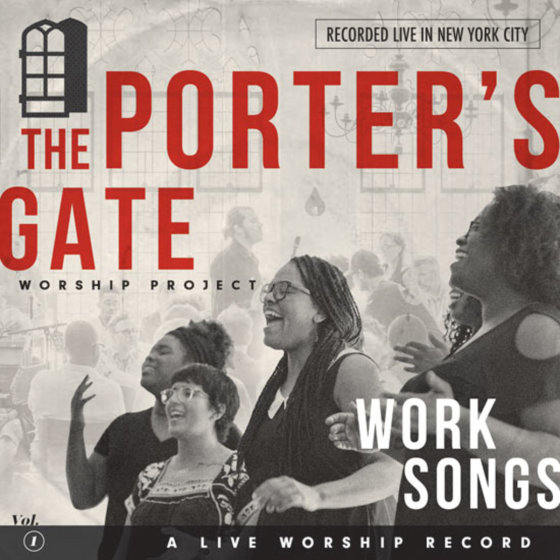 I recently joined a panel of voices helping come up with a list of the best Christian albums of the 2010s. If you’ve been around my writing for a while, you know I’m a huge fan of celebrating noteworthy music.

As part of the process of the group, I came up with my own list of the 10 best albums in the last decade. This list is a blend of personal favorites, music celebrated far and wide, and music that moved the genre of “Christian” music forward in a substantial way. Here’s my personal list:

—Josh Garrels “Love & War & the Sea in Between”

—Needtobreathe “Rivers in the Wasteland”

Honorable mention: Gungor “Beautiful Things” (Not only does Gungor no longer exist, I’m not sure they would call themselves Christians leaving me with no choice but to omit what I do see as one of the great albums of the last decade).

For the article this panel produced, I wrote up a summary/explanation for two of the albums I had on my list that also made our top 25 list:

The Porter’s Gate debut is a visionary endeavor, bringing together a variety of artists (Josh Garrels, Liz Vice, Audrey Assad, Aaron Keyes, Madison Cunningham, and many more) to build up the church for the six days of the week beyond Sunday. While Works Songs has a stripped-down feel (there are no drums), there’s an overwhelming sense of power evident as each track was recorded live in a single take. Standout tracks: “Little Things With Great Love,” “Wood and Nails,” “We Labor Unto Glory,” “Establish the Work of Our Hands.”

While many know of this album because of the song “How He Loves,” this debut release from John Mark McMillan represents a new standard for how an artist can write singable songs for the church while still embracing their unique artistry. Having released many other albums since, The Medicine stands out as establishing McMillan as an artist others look to as a voice of heartfelt honesty and worshipful reverence. Standout tracks: “Death In His Grave,” “Carbon Ribs,” “Skeleton Bones,” “Reckoning Day.”

Listen to my podcast with John Mark McMillan

You can read about all 25 albums the panel I was on came up with. Also you can listen to all 100 “noteworthy” tracks we selected from those albums down below. I’ve loved listening to these songs for the last few weeks. Come here to listen email readers.