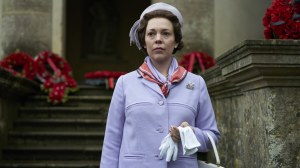 In episode 5 during the 3rd season of the Netflix series The Crown, Queen Elizabeth II (marvelously played by Olivia Colman) spends a month traveling to different parts of the world studying best practices for raising horses for racing. Toward the end of her trip she shares with her friend Henry Herbert that the trip was one of the best of her entire life—a chance to embrace “the unlived life.”

That phrase and the idea behind it has stuck with me since I originally watched the episode. Certainly, I can’t relate to the Queen’s level of having a life forced upon her. After all, she was handed responsibilities that were not her choosing. And that was only handed to her because an elder family member chose to pursue his own unlived life over the God-given responsibilities placed upon him.

I can’t relate to the specifics of this feeling, but I think deep down we can all relate to a desire to pursue the life we are (for whatever reason) unable to live. It’s the feeling you get toward the end of a vacation trip: “why can’t we do this all the time?” It’s the feeling you get when someone handles your main responsibilities for an hour or a day or a week: “just think of what life could be like if this was the new reality.” With this is a temptation to choose something else, but also is an opportunity to recognize the sacrifice that goes into embracing the life that is.

As I have written about often, I find myself in a vocational assignment of pastoral ministry, despite many personal reservations of its fit. I went to school to get into the finance business. I quickly quit the whole thing within months of receiving my degree. In answer to the “God what do you want to do with me?” question, I entered seminary and started volunteering at a church in the hopes of building experience and answering the question further.

Quite often I have found myself considering what life might have been had I stuck with my first post-graduation job. It’s not so much questioning God’s guidance, but wondering about what I sacrificed to be where I am now. And not just me, but my wife and children as well. Though she doesn’t harbor any resentment, my wife didn’t sign up to marry a pastor. I told her I was going to make lots of money if she married me!

The story of Jacob in Genesis is a warning about the pursuit of the unlived life over the given life. The blame doesn’t completely end with Jacob, because he had unhelpful influences, but the first half of his life is story after story of pursuing what wasn’t his to take. He was never comfortable with was he was given, not comfortable in his own skin. Chris Renzema articulates this beautifully in his song Jacob:

This year I find myself in a much more stable place when it comes to my vocation. I have not just a reluctant acceptance of where God has placed me, but a more genuine embrace.

It’s far more difficult to not only stick with but embrace the given life when the ever-elusive and more exciting unlived life remains.

Over the last year a number of opportunities have come my way simply because I have remained steadfast in my given life. I have sensed God’s blessing. Not in headline defining ways, but in the subtle ways where things only come about by embracing where God has placed you. Entering into Thanksgiving, I find myself thankful for God’s patience to have given me over a decade to embrace my given life, while extending me the grace to withstand pursuing my unlived life.

Friends, this Thanksgiving my prayer for you is God’s blessing over your given life. May you sense His provision in intimate ways.