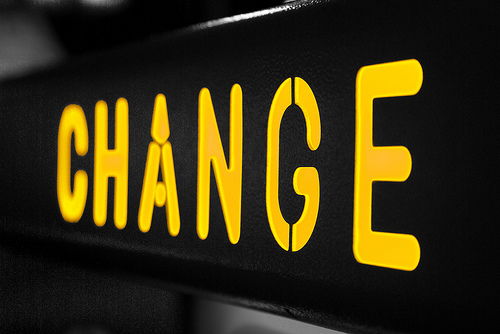 Recently one of my bosses was asked to speak at my church’s elder meeting on his vision for the ministry he helps lead. I’ve been at my church 4 years now and I think he’s been asked to do something similar at least four other times.

Between elder roles which change every 1 to 3 years and changing people on staff, often the hardest work at a church is simply to get everyone on the same page so we can move in the same direction.

I’ve been at my church for 4 years now and I’ve served under over 30 different elders and I’ve worked with over 10 staff members who are no longer on staff with me. So this problem with changing faces of leadership isn’t something that only effects those higher on the totem pole than me.

In sports one of the biggest keys to success for teams is keeping a core team of players together for 5 to 10 years. The faces around them change every few years, but the core players help define what the team is about and those key faces stay on the team for long periods of time.

In church we’ve done the opposite by switching the core around every few years, while the people just outside of the core often remain loyal to the team for the longest period of time.

Outside of a senior pastor type of role, most elders have service terms of around 3 years (usually this is dictated by a denomination, though most churches I’m familiar with keep similar guidelines even if they aren’t in a denomination), youth pastors tend to switch jobs every 2 years, and worship pastors tend to switch jobs every 3 years. It’s no wonder the people coming to our churches can never figure out what we’re about. With leadership turnover like this, the leadership can never get on the same page.

I don’t see any difference in The Bible between the role of elder and the role of pastor (this opinion comes largely from 1st Peter 5).

Most churches have largely split the leadership responsibilities into 2 different areas:

Outside of this not being a Biblically mandated model, I find it to be highly inefficient. One group of people make all the big decisions about overall direction, while a completely different group of people have to make those decisions work practically. And the harsh reality is that the 2 groups almost never work together on anything.

The church isn’t the only type of organization with this model, large corporations use a similar model, as a Board of Directors is always involved in governance, while the CEO, COO, CFO, and other key leaders are much more involved in the general operations of a company.

A few ideas of how we can overcome some of the issues with the changing faces of church leadership:

My thoughts clearly aren’t gospel, so I’d love to hear some of yours on this subject.

How have you experienced the changing faces of church leadership? What can be done about it?