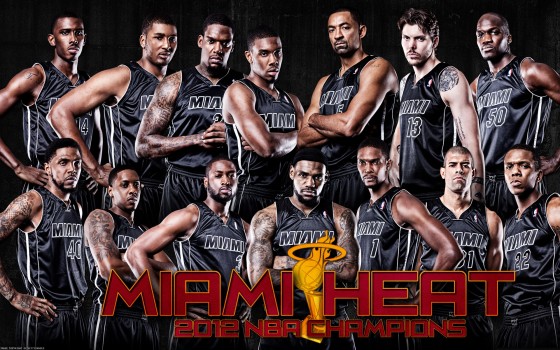 The day after the Miami Heat won the NBA Finals I listened to Shane Battier talk on the radio about why his team (Miami) won and their why their opponents, Oklahoma City, did not.

And his answer honestly shocked me.

I expected him to say that they had better strategy, or better coaching, or they executed during crunch time, or they had the best player on the court who was playing out of his mind. All of these things would be true in the eyes of most basketball fans.

But Shane Battier didn’t talk about anything basketball related.

The Miami Heat won the NBA Finals because they had lost before.

Battier said, “You have to go through the fire. You have to get kicked in the gut, keep coming back, get up, dust yourself off. That was the biggest advantage we had. The pain from last year.”

Going through the fire of being scrutinized for losing the previous year was the catalyst toward one of the more impressive playoff runs we’ve seen in a while.

Battier’s statement was rich in wisdom and is a strong reflection on life for us.

The Heat’s playoff run from losing one of their best players to injury, to being cast off as playoff chokers, to then raising the championship trophy only a few weeks later can teach us valuable lessons about reaching our goals when they seem so far off.

1. It’s so easy for our lives to become defined by our failures, our missteps, and our mistakes. It’s much more difficult to rise above them, allowing them to push us even further into who God is trying to allow us to become.

Despite how unpopular it was to do so, I rooted for the Miami all throughout the playoffs. I wasn’t able to watch many games but in any conversation about basketball I always made sure to speak highly of LeBron and his teammates. It seemed so many took joy on rooting for the team to fail, while I wanted one of the best basketball players I’ve ever watched in my life to overcome.

Our most significant successes often come after the most heart wrenching failures.

2. Let your past motivate your future.

It took me to go all the way to the top and then hit rock bottom to realize what I needed to do as a professional athlete and a person (read the whole article on the speech here).

We’re often taught to ignore the past. “Let the past stay in the past,” I’ve heard many people say. But that is an ignorant statement because we have to let the past push us into what the future has.

Often in life, you have to go through the fire in order to develop the fortitude and strength to succeed.

How has going through the fire of your past pushed you toward greater things in life?