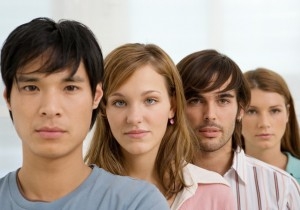 20-somethings are making an incredible impact in our culture at a rate unlike any time in modern history. The internet has opened the door for anyone of any age to forge their own path. Just look at this short list of 20-somethings who started something in their 20s that changed the world:

Last week Tumblr was acquired by Yahoo for over one billion dollars. Tumblr was started by David Karp when he was 20 years old and grew to become one the largest blogging platforms in the world when he sold it at the age of 26.

The typical message presented about 20-somethings is that they’re finishing school later, they’re getting married later, and taking more time to travel instead of getting into a job with a 401k package. 20-somethings are often put in a category called “extended adolescence.” So now 20-somethings are basically given a free pass by the culture at large to be flippant about life for an entire decade.

But a new message is starting to get out: 20-somethings no longer need to wait to climb the ladder to make an impact, opportunities are there for those who are ready to step up. 30 doesn’t have to be the new 20. (tweet this?)

But is it really that simple? Are most 20-somethings able to change the world? I say no.

Part of the reason I say no is because I know of far too many examples of older leaders running organizations who were unwilling to give someone younger a chance. It seems I’m not alone in this thinking. Many are imploring 20-somethings to bypass this model of waiting for permission. Older leaders are often more focused on protecting their power than they are in providing 20-somethings with the chance to make an impact.

If you’re an older leader, I can’t implore you enough, you gain power by entrusting it to others. You lose power by hoarding it.

Another reason I’m hesitant to say 20-somethings can change the world is because many lack the ambition and work ethic needed to make it happen. Are you willing to sacrifice what you know as your life right now in order to make the kind of impact those listed above made? When I’m honest, my own answer is no, I’m not. This lack of planning in 20-somethings is one reason I think this TED talk is spot on:

And finally a word of caution to 20-somethings. As this message begins to make its way into mainstream culture, it becomes easier to expect to make the kind of impact others have made in their 20s.

As much as your 20s can be the time of your greatest impact, they can also be about building a foundation that the people around you never recognize until your 50s. If you think about it, who cares what people recognize anyway?

By using the phrase “change the world” I think I may be overstating the issue. I don’t think changing the world should be the goal, I think finding a meaningful life allows you to change the world without trying.

Research shows that this meaningful life comes when you have 3 things:

Don’t wait until you’re 30 to start developing these things in your life. Sure you can follow the 20-something mold and fly by the seat of your pants for a decade, or you can seize the moment at hand, seeing the potential of a 20-something with a passion for life, and change the world by building your meaningful life now.

I welcome your response. What’s your perspective on 20-somethings?