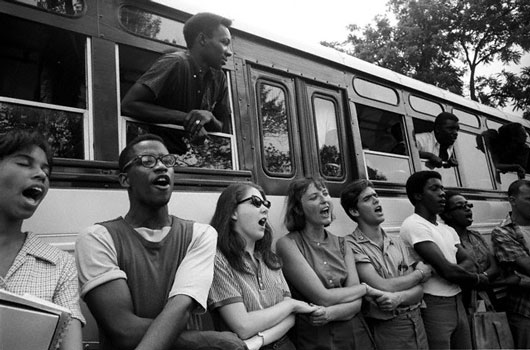 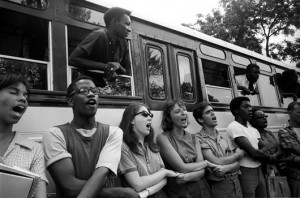 In 1964 a group motivated by the civil rights movement formed and called themselves the Mississippi Summer Project, or what became known as Freedom Summer. After a large push in the previous summer to get out the black vote, a small group organized around the idea of registering new black voters in the state of Mississippi. To do this they recruited volunteers, mostly college students of affluent universities in the north.

The change in approach happened for a simple reason: there weren’t enough blacks voting. The only way to change that was by adding new voters into the mix.

History teaches the unsurprising lesson of how many southern whites in favor of segregation did not take kindly to this, many protesting in violent ways. A few of the early summer volunteers were killed and hundreds of students who had pledged to volunteer canceled their plans. By the end of the summer the project had sparked an immense reaction from those opposed. Here’s a sample of the incidents:

Years later sociologists became curious about what kept some of the students motivated enough to still come in the face of danger. The reasons for those who canceled their trips seemed obvious: parents who wouldn’t let them go and worry over the danger of violence. But what would keep those who still went motivated enough see past the violent hatred they most assuredly would be facing?

The answer is stunning.

At first the sociologists assumed it was a strong affiliation to the civil rights movement work within their schools. Wrong.

Then they assumed that they came from households with parents who were extremely supportive of the movement. Wrong.

The amazing part is that religious affiliation alone made little difference into whether someone fulfilled their stated desire to volunteer for the project over the summer of ’64. If the religious affiliation had no connection to a church community it wasn’t a strong enough pull to have the student follow through.

The summary of the research is that friends take you places you don’t go on your own. If you have core convictions and friendships with people who share the same convictions, few things can hold you back.

Children are often taught to choose their friends wisely. We teach children this lesson because as adults we’ve learned that the people we choose to interact with ultimately shape us into the people we become.

Somewhere along the line this became a lesson for children and not adults.

Nearly all of my major life events can be directly attributed to a friend.

Maybe the “choose your friends wisely” advice is something we should never stop giving after the age of 16. I think it’s advice we all need reminder of, because as Freedom Summer has taught us, with some core convictions and friends to share in the journey, we can change the world.

And maybe that’s the lesson from Freedom Summer. Not that religious convictions and a church community push you further into life, but that we’re far too flippant about the people we surround ourselves with.

Friends are the people who shape your journey of life.

(HT: The Power of Habit)