Today’s post is part of the blog series Discipleship: Re-Imagining Our Calling From Christ. To receive future posts from the series in your inbox head HERE. Engage with the writers and community of readers using the hashtag #DiscipleshipBlog. 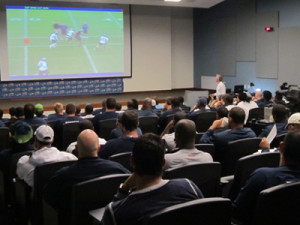 When I went about organizing this blog series this question was at the forefront of my mind: what is discipleship? It’s a mostly foreign within Christianity today. It’s been co-opted for ministry program formats, mentoring relationships (which I believe play a role in discipleship, but aren’t exclusively discipleship oriented), and as is often the case, discipleship has been flat-out ignored.

1) Within a church context discipleship is presented as something you achieve through a class or Bible study.

2) Within a relational context discipleship is presented as something you achieve by being around wiser, more godly men and women.

Discipleship is an outcome of lived out obedience.

It’s a process of moving from being to becoming, allowing God’s work of sanctification to take shape in our lives. We are children of God, and from that place of being God calls us into this life of holiness—a slow process of sanctification at work—becoming all He can accomplish in and through us.

Consider obedience with me. Obedience is a willingness to follow a set of requests, demands, or rules. But you cannot do that without knowledge first. So the Bible study format of becoming a disciple of Jesus is not wrong, it is the beginning. We must know more about God before we can live like him intentionally.

Knowledge is a key piece, but it is not the end. If a football player studies film, the coaches expect him to understand the opponent’s plays come game time. If grass gets watered, it is expected that the grass will grow.

Disclaimer: Many will read what I’ve said thus far and say I’m being a legalistic Christian who is asking people to prove their worth for salvation. In God’s eyes we are seen as righteous and holy, but he also loves us enough to inhabit us, changing us. I’m not saying that we must prove ourselves to be disciples, I’m saying God desires for us to surrender ourselves to his work and that surrender allows us to continue working out our already established and secure salvation.

The same Jesus who stood up for a sinful woman humbling herself in front of powerful men also called out Peter for his lack of obedience. This supposedly “all-loving” Jesus sure had some unloving ways of being loving. Jesus knew Peter had the knowledge (and the passion as well), but Peter lacked the willingness to follow through when times were difficult.

The times are difficult today and few are living the tension of being a disciple in an age when obedience has run its course.

We have every bit of information within the palm of our hands, but it’s not leading to obedience, and Jesus is losing disciples.

The church will stand. The bride will celebrate at the wedding feast.

But Jesus is praying, pleading really, on your behalf that you will be one of the few who desired to follow Him so closely that your knowledge of Him showed itself in obedience.