Today’s post from Regi Campbell begins the final week of the blog series Discipleship: Re-Imagining Our Calling From Christ. To receive future posts from the series in your inbox head HERE. Engage with the writers and community of readers using the hashtag #DiscipleshipBlog. 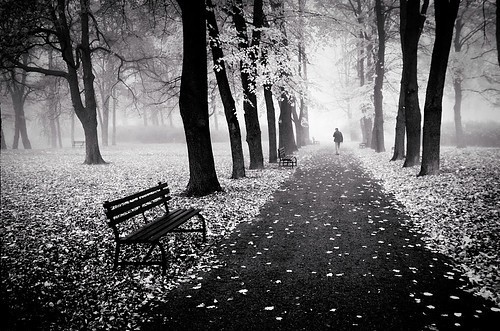 Jesus was one smart man. He was dropped into history with one job to do. Be conceived & live sinlessly. Then be killed as a sacrifice. That’s it. If he’d simply died in our place….just paid the debt for our sin, he’d have been done. That’s all that was required. I’m not even going to talk about the other stuff he did, like teaching us how to live, fulfilling prophesies, or proving there’s life after death…just to mention a few.

Yeah, make disciples. He asked you to become a ‘learner and follower’ AND to go encourage & equip others to become ‘learners and followers’. And not to stop there. He wanted them to hand it down…to others who will hand it down. Until he comes back and everyone will know.

Today’s culture is more about ‘scattering it around’ than ‘handing it down’. We’ll tweet. We’ll email and text. We’ll worship. We’ll give. We’ll pray. We’ll read and study. We’ll go on mac-mission trips and scatter old clothes and the Good News. We’ll group up and even get passionate behind good causes.

But who’s handing it down? Who’s intentionally investing in specific people for spiritual purposes? To use the old term…who’s making disciples?

Since I’ll only be able to keep your attention for a few more words, I’m going to use them to appeal to your selfish instincts. Forget about the value of the Gospel to lost people or the church or future generations. I’m going to hit you on radio station “W-I-I-FM”…“What’s in it for me?!”

Selfishly, I believe making disciples is Jesus’ ‘secret sauce’ for ‘life to the full’. Just listen to someone who’s helped an ‘outsider’ come to faith. Or who’s walked someone to a spiritual ‘breakthrough’. Who’s celebrated as a person they’ve invested in finally hears God’s voice. Who’s cried tears of joy as their friend moves from a ‘religion’ about Jesus to a ‘relationship’ with Jesus. There’s nothing else like it on earth!

Years ago, I invested in a guy from my office who wasn’t a believer. I had no idea what I was doing. I took him to Promise Keepers. I took him to a Billy Graham Crusade. I took him to lunch with my pastor. I talked until I was blue in the face. Nothing ‘worked’. For 11 years, he kept talking to me, but stiff-arming God.

Someone gave me the idea of inviting this guy (who by now was one of my best friends) to study the Bible with me. I couldn’t imagine a non-Christian agreeing to study the Word of a God he didn’t believe in. But he said ‘yes’ and 17 chapters later, he prayed to receive Christ. I’ve kept challenging him, bringing him into a weekly Bible study, getting him connected to a church, and intentionally mentoring him for a year. His sister just died of ovarian cancer and he’s now mentoring her two sons. He’s passing it down.

A couple of Sundays from now, his daughter will be baptized and I will be there. Probably bawling. Because I know I got to play a little teeny part in her dad becoming a disciple. And a disciple-maker.

Will you hand it down?

Regi Campbell is the founder of Radical Mentoring. He is a business man who has served as an elder at North Point Community Church, has been involved in starting a bunch of businesses and ministries, and has personally mentored over 100 men over the past 25 years. Follow him on Twitter!