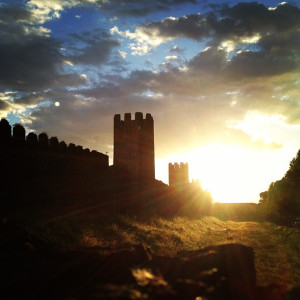 Title inspired by DC Talk. Because anytime you can reference DC Talk on your blog,  you’re doing it right.

What have we become was the question I asked myself last Thursday night after I spent the entire day engaging with comments from my post on how whether complementarians and Christian feminists can find any common ground. (If you haven’t taken the time to share your thoughts please do so. I didn’t pose the question to make a point. There’s no ulterior motive. Just hoping for a profitable dialogue.)

Today I wanted to share some follow up thoughts that have been running around in my head since then.

Why Did I Even Ask the Question?

This has easily been the most rejection I’ve ever received from anything I’ve written in the past 6 years. That is not an overstatement. Partially weird because I only asked a question, but I also understand why.

For most who do not share my perspective on gender and leadership within the church I represent everything that is wrong within the church. I am a young, white male, who has considerable education, and an established position of power within a local church.

I received a fair amount of criticism for being a whiny privileged male. The problem with that is that while I do have much privilege (I am not denying that), I am not exclusively privileged.

I am also a 20-something, and within the confines of the local church, 20-somethings are an often ignored voice. This is something I have dealt with for much of my post-college life, especially since I have a good amount of large-church experience, where the voices of money often play a greater role. I do not have much wisdom or monetary value to offer the church, so my “privilege,” for those who want to call it that, only goes so far.

I asked the question for two reasons:

Can We Celebrate Anything?

I had several people explain to me that unless I was willing to give women full equality in every place possible, I wasn’t doing enough. And this begs the question, is that fair?

Think of it like this. This world has a clean water problem and in the past decade we’ve done a lot to change that problem. I think this should be celebrated. Not celebrated, and then we stop working on the solution—the problem isn’t fully fixed. But we have gone a long way toward remedying the issue. That’s worth celebrating in the meantime.

In the same way, why can’t instances where women are leading and finding places of equality also be celebrated, even if it takes place within a complementarian context? Why must it be responded with, “that’s not enough?”

The Importance of Common Ground

More than a handful of people told me that common ground was simply not possible between complementarian views and Christian feminists. The gap in theology and ideology is just too wide, they said to me.

When I wrote about unity and charity toward the other, I referenced Jesus’ “High Priestly Prayer” in John 17. It’s his last moment of solitude and prayer before the crucifixion. And his focal point in the prayer is that the body of Christ “may be one.”

Clearly within the body of Christ there is much disagreement. Thousands of denominations. Even Protestants like myself, got their beginning through a disagreement. Sometimes disagreement is necessary. But keep in mind the importance of working together to find common ground, so that our oneness can remain.

I like how my friend Matthew referenced charity when he said, “The law of charity demands that we ought open ourselves persuasion when trying to persuade those we disagree with.” This is what I have in mind, an openness toward each other that rarely exists in the current conversation.

What good is Gospel proclamation to a world in need if Christians cannot work together? I would argue disagreement and divisiveness severely diminishes the message of truth we claim to preach.

Why I even bring up the importance of common ground is because I sense that even as I extended my hand in the form of a question, most people chose to argue with me instead.

(Disclaimer: this is not for bragging, I’m glad that conversation took place, not that a lot of hits came my way) Over 1,000 people read last Thursday’s post, and the majority came to the post via Twitter. However, the post was shared only 8 times on Twitter that day. Here’s what that means:

So I ask, will you lay down your rights to give everyone a seat at the table, denying the camps that have been built? So far the answer I’ve received is no, despite my efforts to give space for this.

Any label we put in front of “follower of Jesus” is idolatry. Whether we espouse to complementarian, feminism, egalitarianism, or any other way of viewing gender and leadership within Christianity, when we value that above Jesus, and the subsequent body of Christ we belong to, we make it an idol. Because of this all of us have a tendency to view those we disagree with in a negative light. This thought came to mind:

If you’re only looking for what is wrong you’ll always miss what is right. (tweet this?)

Even in my own thoughts, I have a tendency toward thinking of everything feminism gets wrong, instead of finding ways to celebrate what it gets right.

There is so much to celebrate. So much we can work together on. If churches in my former hometown of Portland can work together with an unbelieving gay mayor toward the common good, I have to believe those of us with divergent views on anything within Christianity can figure out how to come together.

The challenge is this:

Seek to understand before being understood.

Give the benefit of the doubt.

Pray for those who have a different perspective than you.

Friends, we can do better.

(Here’s a response post written by Elizabeth that is worth your time. Also, Shauna has a great post on what her mom taught her about women and calling.)