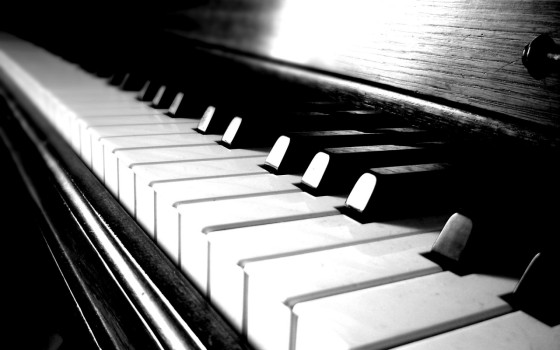 Over the past two weeks I’ve been in an email conversation with a guy who recently unsubscribed from my blog. He’s a busy guy and is trying to cut down on his reading. I thought it was a good decision.

Turns out he associated me with one theological perspective, and he wanted more of his reading time to be connected with a different one.

And as we talked back and forth I couldn’t help but think of unity, what it is and isn’t.

Too often we view unity as a lack of difference, and I think this misses the mark. If unity only exists when we all have the same worldview, opinion, and perspective, unity is fleeting.

For as long as I’ve been a writer and read I’ve always advocating for having a broad perspective in what you consume. Meaning this: if you only engage with ideas you agree with you live in an echo chamber with blinders on.

Jesus entered into a time of prayer with God the Father in the hours before his death and one of the main things his prayer focused on was unity in the body of Christ (“that all of them may be one”). I don’t think we can just ignore unity, or focus on it with only those we see eye to eye with.

Unity must exist with those you disagree with or it has no purpose. Unity isn’t only about unification among allies.

Several months ago two people who I disagree with on many things unfollowed me on Twitter. One of the unwritten rules of Twitter is that you shouldn’t care if people unfollow you, but I’m immature and I care. It stings to have someone devalue your voice. While I had many public disagreements with each of these individuals, I valued our interactions because it helped me understand them, while also clarifying my own thoughts.

I think what frustrates me most is that unity doesn’t come from disengaging difficult conversations. And I’m certainly not the guy on his high horse, because I struggle mightily with disagreeing well. Of course, it would be easy to start seeing the unfollowers as my enemies since they chose to cut out my voice instead of listening.

And I worry this is what we’ve resigned ourselves to, a Christianity where we create camps that create straw men out of other camps in order to build up their own self-esteem.

“I tune each key to all the other strings”

Recently a piano tuner came to my church to tune the piano we use for our worship gatherings. I asked him about the process of tuning a piano, and he said something that has stuck with me since then, “I tune each key to all the other strings.”

A piano tuner can’t merely just tune a key to it’s rightful pitch, he must understand the key in relation to all the others. If he doesn’t keep all the other strings in mind, by the time he’s tuned them all, they’ll all be out of tune again.

And so it is with Christian unity. We are each individual keys with unique ideas and perspectives. But unity is not a piano that plays one note.

Unity is each key needing the others to create a more beautiful sound.

This picture has been helpful for me in how I absorb conversation with those who differ from me. I engage relationships with people who I disagree with all the time, but I don’t think the answer is to push forward while ignoring small or large disagreements. Instead, I value the perspective and choose to drill down, so as to better understand why someone has their unique perspective.

Unity is entering into conversation and relationship through the struggles and disagreements, not in spite of them. Unity is choosing to value someone whether they see eye to eye with you, or not.

Unity is being fully who you are, and others being who they are, allowing God to live and move and have his way during our interactions.

I believe this is what Jesus had in mind in John 17. Not warring Christian tribes, but choosing to value each other enough to pursue each other in the midst of the struggle.

It’s time that we embrace the long-standing axiom of what disagreement should look like for Christians:

“In Essentials Unity, In Non-Essentials Liberty, In All Things Charity”

I welcome your response, especially those who disagree with me