Today’s post from Brett McCracken is part of Hinneh: a blog series on vocation and calling. If you’d rather read all the posts from the series in a short ebook, the writers have generously made it available for free. You can download a PDF copy here, or downloads in Epub (most tablets/e-readers) and Mobi (Kindle) formats are available as well. To receive the rest of the series in your inbox, sign up here. 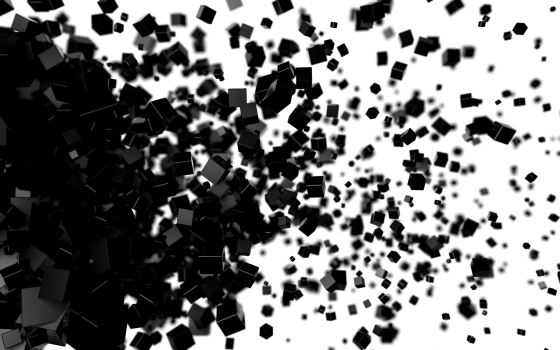 I work in the marketing department of a Christian university, producing brochures, websites, billboards and commercials where language of “world impact” is as prevalent as our latest U.S. News and World Report ranking. But what does “world impact” mean? It’s inspiring to sell prospective students and parents on an education that will lead to something world changing. And it works. But the truth is not many graduates of our university—or any university—go on to have any sort of “global” impact.

Though the calamities and injustices across the world inspire in them ambitious activism, most will find end up in jobs doing something far more domestic. Though the world beckons them to celebrity, most will never have more than a couple hundred social media followers. And that’s OK. Most of them will still be used profoundly by God, if they’re willing to embrace the radical nature of “ordinary” work.

When I teach First Year Seminar to freshman students at my university, I lead a few class sessions on calling. We read The Call by Os Guinness and discuss the differences between “primary” and “secondary” calling. Our primary calling as Christians, says Guinness, is by, to, and for Christ. Before we are called to a specific job or location, we are called to a person: Jesus Christ. All Christians share the same primary calling, but each of us has a different “secondary calling,” the specific task God has prepared for us to do. Most of us naturally spend most of our time stressing about our secondary calling—the specific whats and wheres and hows of life. But we will only flourish when we recognize these as secondary to our primary call to obediently pursue Christ. Secondary calling matters, says Guinness, “but only because the primary calling matters most.”

When we get the order right, when we stake our identity not on what we do but in Who we pursue, it becomes easier to see all sorts of seemingly mundane jobs as sacred callings. We begin to see that we don’t have to be pastors or missionaries or bestselling Christian authors in order to glorify God. We can be bakers and welders and soccer coaches. In his book, Every Good Endeavor, Tim Keller talks about how a Christian approach to work doesn’t need to mean “looking at” Christian things, as if being a Christian doctor meant only treating Christian patients or being a Christian architect meant only designing churches. Rather, Keller says, it’s about “looking through” a Christian lens: seeing every vocation through the perspective of following Jesus and being the people of God.

But how do we look at something like welding through a Christian lens? Isn’t that just a “secular” job? Yes, we know Jesus himself was a tradesman, but how does something like carpentry contribute to the expansion of the kingdom of God?

Something that has helped me think Christianly about vocation is to look back at the first few chapters of Genesis and examine the creative activity of the original “worker” in whose image we follow.

In the beginning, God worked. He brought form to formlessness and light to a dark void. He created an orderly world out of disorderly chaos. The first scene of the Bible is work, and it’s a beautiful thing. “Let there be light…”

But a few scenes later, God does something crazy: He creates humans in his image and gives them the ability to create, to cultivate, to work; to join Him in bringing order out of the chaos (Gen. 1:28, 2:15). Why? Because the story God is telling from the beginning until the end is an epic of good overcoming evil; illuminating light overcoming formless darkness; the “order” of Eden expanding outward into the chaos, gradually making the world a more orderly and “good” place, even as Satan does everything he can to breed chaos and disorder.

God enlists humans to help counter the chaos-breeding “work” of destruction and evil with the order-instituting “work” of creation and goodness. Work is not a humdrum necessary evil. Far from it. Work is our way of laboring alongside God to create order and bring light to an aggressively disordered and dark world.

Bringing order out of chaos. This is a key Christian lens through which we should see every vocation.

Work is a sacred calling. And not just work that is mission or ministry oriented. If we understand the God-ordained mandate of work to be essentially the idea of making the chaotic world a bit more ordered, think of all that that entails.

And on and on…I challenge you to look at your vocation, whatever it might be, through this lens. In your community, in your family, in the lives of the people you encounter, what are you bringing order to? In what way, however small it may seem, are you making this chaotic world a bit more orderly?

Brett McCracken is the author of Gray Matters and Hipster Christianity. He blogs regularly and can be found on Twitter @brettmccracken.