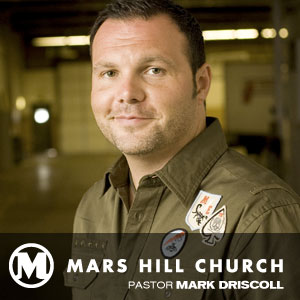 American Evangelical Christianity has created its own set of controversial leaders. I don’t have enough fingers and toes to count how many times I’ve heard someone say “I don’t love everything they say” to preface their coming quote from a pastor. It’s our own little disclaimer so if the person or people we’re talking with aren’t fans, they won’t think ill of us.

In my neck of the woods this is very common if someone talks about Mark Driscoll (He’s from Seattle, not far from Portland. He’ll be my main reference point on this post, but really you could pick just about any well known Christian leader and call them “controversial” depending on what circles you run with). If you don’t attend Mars Hill you simply can’t talk about liking Driscoll without throwing in a little disclaimer. It just isn’t allowed.

It seems that in the eyes of many Driscoll is far too combative and fundamental, so rather than get on someone’s bad side when we enjoyed a sermon by him, we say…”but don’t worry, I’m not a fan of everything of his.”

I’ve been guilty of this. Once the subject of said controversial church leader comes up, certainly my opinion must be shared about whether I’m a fan or not. We simply can’t have a conversation without making sure everyone knows we don’t agree with them on all points.

Just the other day I was sharing about a message that Rob Bell gave with his worship pastor a few years ago. It is still one of the best sermons on worship I’ve ever heard. And yet there was this part of me that felt I should say, “I’m not a huge fan of Bell’s…but…” before I shared about that sermon. There’s no doubt some of the people I was sharing with think Bell is a heretic of some sort, and this urge to make sure I didn’t too closely tie myself to him was a building tension inside of me throughout my sharing.

Here’s a couple thoughts on this culture of using a disclaimer so as to avoid looking too closely associated with a controversial person:

Am I way off here?