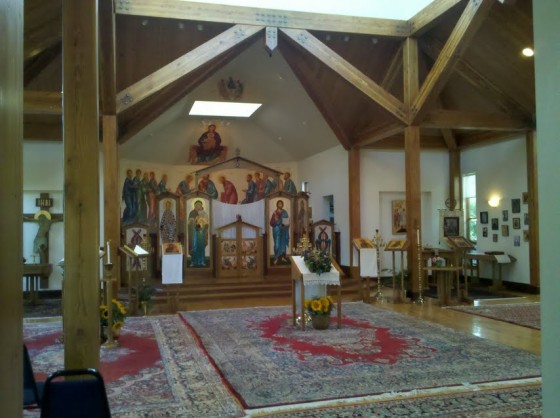 A few weeks ago I had the opportunity to spend some time at an Eastern Orthodox church (Saint Nicklaus Church, yes the guy known as Santa Clause) in SW Portland with my World Religions class. Having grown up within the evangelical church I had not spent much time with other Christians outside of that circle, so it was a unique opportunity for me and one that deeply challenged and convicted me.

I would imagine that most of you are like me, in that you haven’t spent much time in an Orthodox church and don’t know much about it. While sparing you of all the mundane history details of how the church was formed, I thought I’d share a few key things I believe evangelicals can learn from the Eastern Orthodox church based on my time at the church. Certainly I have my differences theologically and practically with the orthodox church, but that should not overshadow what we can learn from how they practice their faith.

For those of you familiar with Orthodox churches, what do you think we can learn from them?