From Tyler: Today’s post is from my friend Ally Vesterfelt. Ally is a fellow Moody Collective writer, and her book comes out in the fall of this year. I love sharing this online space of mine, so you’re able to engage the thoughts of other great writers. Enjoy her post.

A friend told me once that the spiritual world is as real as the physical one, and I believed her.

Or, I don’t know if I believed her as much as I respected her and admired her belief, so I tried to look more closely at how she might be right about that. And just like with anything, as I pursued the truth in this area, I began to uncover it. Here is a little bit of my story. 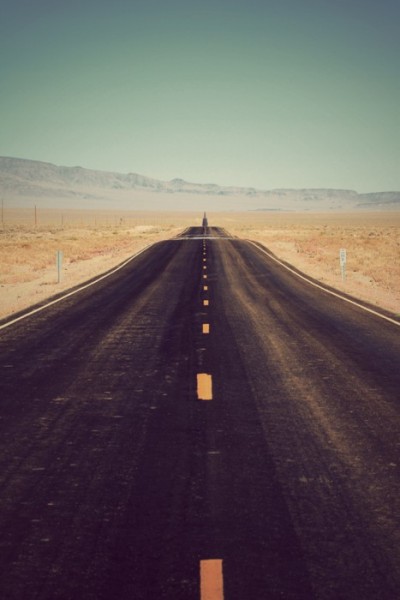 A few years ago, my friend and I had an idea. We both had nice jobs, nice apartments, and lots of nice things but something was missing. We felt like we were missing out on a life that God had for us. We felt like, when we read about how God promised “life abundant” he must be promising something more fulfilling than a luxury vehicle, a mortgage payment, and a nine-to-five.

We wondered if our physical stuff might be getting in the way of experiencing the spiritual reality we were craving.

So we sold everything. Inspired by the story of the Rich Young Ruler and a few other things, we moved out of our apartments, quit our jobs, and sold all of our furniture, books and clothes that wouldn’t fit in my small car. We packed up what we needed, and traveled across the country to visit all 50 states and, I don’t know, see what else would happen.

What happened is a little bit hard to explain in a short blog post, but basically I found how my physical things were getting in the way of experiencing a spiritual reality (click here to tweet this). I don’t think imagine it is too much different from what the Rich Young Ruler was experiencing when he came to Jesus. He explained how he had done all the things required of him — obeyed the commandments, followed the law, etc. — but that his life was still missing something.

And the thing I find most fascinating about the story, up until this point, is that this man, to the casual onlooker, would have been a very successful, happy person. He had all the markers of happiness: a good position in society, nice things, an important title.

I wonder if people around were even jealous of the “things” he had accumulated.

I wonder if they were jealous of him.

I wonder if they thought to themselves, “he must be a really smart, responsible guy to have built this life for himself.”

That’s what I would have been thinking if I had known him. And still, he comes to Jesus because despite all of the physical things he has, he still recognizes that he is missing something spiritual. And Jesus’ answer to him is a reminder to me that sometimes we have to hold loosely to physical things if we want to participate in spiritual realities.

Don’t get me wrong. Stuff isn’t bad. Stuff isn’t the enemy. I don’t think Jesus wants us to live poor (just for the sake of being poor) our whole lives and never enjoy the blessings he’s given us, but we can only see what’s in front of us. Everything else fades into the background. So if we spend our lives facing toward the physical —those things we can taste, touch, feel, see and smell — we have to be worried that we will miss out on something spiritual, simply because it’s behind us.

“Seek first the Kingdom of God and His righteousness, and all the rest will be added unto you.” — Matt 6:33

It’s amazing how attached we get to our stuff. The rich young ruler was so attached that, even when Jesus told him how to get the very thing he was looking for, he couldn’t do it. It was too much of a risk for him. And the worst part is, I know how he feels. Even after something as life-changing as a 50-state road trip, a time in my life where I experienced the peace and presence of God in a way that exceeded all previous experience, and all expectation —

I still have moments where I huff and puff over the loss of stuff.

My husband and I have moved two times in our short (1 year so far) marriage, both times across the country. And both times we’ve had to leave things behind. Both times we’ve thought we could bring more than we could and, at the last minute, I’ve had to shrug my shoulders and say, “I guess stuff isn’t what’s important anyway.” And even though you think it would get easier over time, it doesn’t really. I still cry real, physical tears over real, physical stuff. I don’t think it’s an accident that I’ve walked through this again, and again, and again.

In James it says that if we ask for wisdom, God will give it to us, and I think this is how he does it. He starts by giving us a friend, who has an idea. Then he gives us an idea ourselves. Then he gives us a set of choice and experiences, and maybe even opens our eyes to a story in the Bible. And before we know it, we have more wisdom than we did before.

Before we know it we’re letting go of one thing but experiencing something better.

Allison is a writer, managing editor of Prodigal Magazine and author of Packing Light: Thoughts on Living Life with Less Baggage (Moody, 2013). She lives in Minneapolis, Minnesota with her husband Darrell. You can follow her daily on Twitter or Facebook.