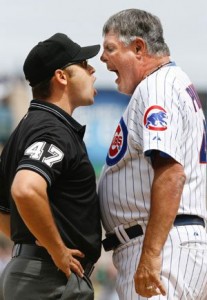 Several years ago, I got into a debate with a close friend and the conversation went quickly south. What began as a discussion about our theological and political differences ended up in a shouting match in which each person’s character was called into question.

I went into the argument with a “win-at-all-costs” mentality. Winning a disagreement was the only way I knew how to disagree, but what I lost wasn’t worth the victory. I said plenty of things I didn’t mean. As the saying goes, “I won the battle, but lost the war.” And lost a great friend in the process. We haven’t spoken since.

I may have won the debate, but it wasn’t worth the cost.

Why are we so comfortable tarnishing the name of Jesus—whom we all call “Lord”—just so we can win the argument?

We’re never going to agree with everyone we come in contact with, but we must learn how to disagree in a way that honors Christ and His body.

Disagreement is an increasing norm in our lives, but we’re marginally equipped. It’s much easier to post disparaging remarks on Facebook, Twitter, blogs and news articles. Digital disagreement allows us to hide behind a screen.

Just take a sampling of the Christian blogosphere, where heated debates on who gets into heaven, the biblical role of women and gay marriage, just to name a few, are commonplace. Spend time scrolling through comments where any of these discussions take place and you’ll immediately lose your faith in humanity.

All of this painfully illuminates the question: Why can’t Christians disagree well? Why are we so comfortable tarnishing the name of Jesus—whom we all call “Lord”—just so we can win the argument?

Christians spend much of their time focused on how to engage the un-Christian world around them—and rightfully so. Yet in doing so, we sometimes lose our ability to navigate conversations and relationships with our own brothers and sisters.

**Read the rest of today’s post over at RELEVANT Magazine**