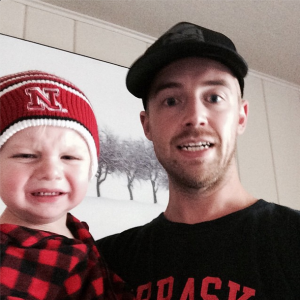 Today I am officially entering the years of old. 30 years old to be exact. Those of you who are beyond 30 will chuckle, that’s okay. I’m sure I will in another few years. “Oh how young I actually was back then,” I’ll think. As someone who has typically identified himself as a “20-something” today is a day of transition beyond that label.

Don’t blame me if my blog still says I’m 29. I have to hang onto something from the past. Nobody but you all will know the difference.

I’ve taken time in recent weeks to examine my life over the past three decades. Here’s 30 lessons I’ve learned over the past 30 years.

1. Do not take on any debt for school. Instead, pursue higher education degrees, but pay for as you go. It’s worth the sacrifice.

2. Marry someone you can’t not be around. Someday the butterflies won’t be there if you marry for an emotional romance.

3. Read more, watch less. I still say it’s better to watch the movie than read the book, but reading engages the mind much more than a screen.

4. Focus more on formation than grades in school. How are you being shaped as a person? No one ever asks you what your GPA was during a job interview.

5. Always cheer for the underdog.

6. Don’t take your ex-girlfriend to prom.

7. Despite what you believed in middle school, your parents usually know best.

8. Find a few extracurricular activities to get involved with while you are in school. I don’t remember much from classes over a decade ago, but I remember friendships that were deepened and lessons that were learned through after school activities.

9. Don’t underestimate the value of an unpaid internship.

10. Don’t park your car, and then get in the backseat, on a date. You can do the math on that one.

11. Seek out opinions different than yours and learn to value them.

12. Though some personalities are able to develop lots of friendships, it’s very difficult to sustain more than a few over the course of decades.

13. You’re more like your parents than you’re ever comfortable admitting.

14. No amount of money guarantees contentment.

20. But don’t rely on Facebook to stay connected to your friends. Real friends sacrifice time and energy for each other.

21. Between the ages 20 and 29 staying up until 1am will become less and less appealing.

22. First impressions are of utmost importance.

23. You will always have someone who sees your actions in a negative light. Don’t listen to them.

24. Your 20s are an opportunity to take chances and make mistakes without people questioning you. Once you hit 30 people think, “he/she should know better.” So take some risks in your 20s. Some of them will pay off.

25. No one ever says they took too long to get married. Don’t rush a relationship to take it to the altar.

26. Learn to give a firm handshake, while looking the person in the eye, while saying “nice to meet you.”

28. Honest, face to face conversations are some of the most rare and most important things in life.

29. Loyalty is key to your legacy.

30. Not everything you read on the internet is true (but this is) 🙂