Today’s post from Arleen Spenceley is part of Hinneh: a blog series on vocation and calling. If you’d rather read all the posts from the series in a short ebook, the writers have generously made it available for free. You can download a PDF copy here, or downloads in Epub (most tablets/e-readers) and Mobi (Kindle) formats are available as well. To receive the rest of the series in your inbox, sign up here. 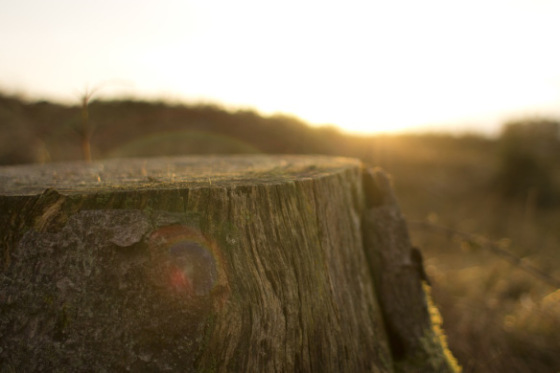 I am a Roman Catholic Christian. A “God person,” according to the not-so-into-God kid who called me that when we were students at the Protestant school I attended for fifth through twelfth grades.

Church is my jam. I pray. I underline stuff in the Bible. I believe that God is good, that providence is real, that Jesus is my homeboy – you know, the whole bit. So you can imagine my own surprise the night I realized that I had never actually wanted what God wants for me.

There are no typos in that sentence.

I sat curled up into a corner of my couch, thinking about my yet to be determined vocation: Should I find a dude to marry? Should I stay single? Maybe I should just become a nun.

Your will be done, I prayed. But, I added, I’m kinda rootin’ for a husband.

Then, no doubt by the grace of God, it dawned on me: My wanting what God wants for me had never had much depth.

In Catholicism, we acknowledge that God invites us each to one of three vocations: marriage, religious life (to become a priest or a nun, for instance), or consecrated single life (which implies perpetual single life for the sake of serving Christ).

But all my “your will be done” prayers until after that night, about my vocation or otherwise, had been intertwined with my heart’s silent plea: but please let your will align with mine.

It became apparent to me that what I always actually had wanted was for what God wants for me to turn out to be what I’ve wanted all along. The gap between where I am and where I could be, spiritually speaking, looked bigger that night than it had the day before. But God didn’t take long to begin to bridge it.

That part of my journey started at a Mass for which my diocese’s bishop was the celebrant. During his homily, he told a story about Mother Teresa, whose heart opened at her confirmation, the bishop said. She wanted what God wanted for her, and she wanted it before she even knew what it was.

I want that, I realized. God used a story about a seed He planted in Mother Teresa’s heart to plant a seed in mine. My heart’s silent plea started to shift: I want to want what You want for me, even before I know what it is.

I want to mean it when I say “your will be done”—not to bargain, or beg for God to give me what I want outside his inspiration, but to seek what he wants because of who he is. To be willing to accept his invitation—whatever it is—because I trust him.

I thought, at first, that I didn’t know how to get from anywhere to there. But God didn’t take long to remind me.

A couple nights later, I stumbled upon Psalm 37:4—a verse I had read a hundred times before: “Take delight in the Lord, and he will give you the desires of your heart.”

But that night, I read the verse through different lenses. I got the sense, for the first time, that the verse does not imply that God will give you what you want because you’ve sought him first, or because you’re finally finding satisfaction in him.

Maybe, I realized, when we’ve sought Him first, he will give us the desires of our hearts—that is, he will provide us with them. What we want will be refined when what we are focused on is him.

And when we are focused on him, our wills finally will begin to align with his.

Arleen Spenceley is the author of the book Chastity is For Lovers: Single, Happy, and (Still) a Virgin. She works as a staff writer for the Tampa Bay Times and she blogs at arleenspenceley.com.