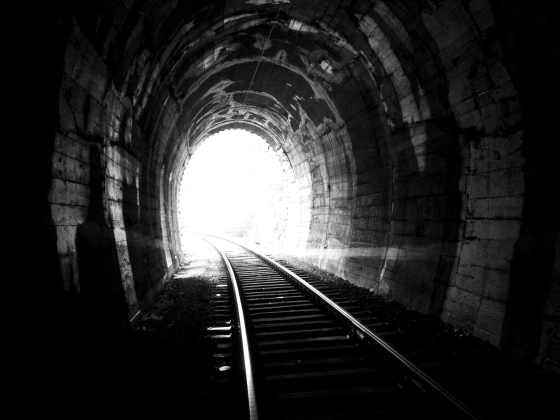 One of the worst feelings in the world is when you’ve hid something and the secret gets uncovered. It’s a massive punch to the gut, causing the referee to wave out the team doctors. You’re not hurt, though you feel like you might die. You can’t breathe. Inevitably, hiding anything leads to this moment.

In college I had this feeling. The feeling of wrestling with a demon, who has you in a chokehold, unable to breathe. The secret I had kept from everyone close to me had seemingly been uncovered by my friend.

“It’s over. Life is over.” That’s the only thought that went through my mind.

Thankfully (I thought at the time), I could lie about it all a little longer, and my friend would never need to know. He could be suspicious, but I would not confirm his concerns. That’s the thing with hiding, once you’ve done it long enough the only solution to hiding is more hiding.

Last week hundreds of church leaders resigned their positions after the Ashley Madison hack/leak uncovered their secret. Their fantasy life of moving from bed to bed had been found out. All of these people used Ashley Madison to go after a life they didn’t have, without real life ever knowing it.

Mark Zuckerburg is on record for saying that he wishes nothing was private on Facebook. Each time Facebook updates its privacy policy people get up in arms about Facebook trying to get into their business too much. While I agree people deserve privacy when they want it, I wonder if privacy is sometimes used to hide the truth (Gen. 3). Ashley Madison provided (supposed) privacy for men and women to live in fantasy-land, one bed at a time.

Jesus talked a little about our sometimes poor reasoning for wanting privacy, saying, “There is nothing concealed that will not be disclosed, or hidden that will not be made known” (Luke 12:2). And it’s this kind of idea that I think we need to be reminded of—that life isn’t meant to be lived hidden, away from God’s presence. Life is meant for the presence of the light of a God who sees, forgives, and heals, and a community of people who seek after the truth of His presence. In him and only him is true life without fantasy, truly found.

I’m not pro-online hackers, nor do I love to watch the downfall of thousands of people whose secret has been outed. However, sometimes I think we need our secrets exposed, or flaws unveiled, for the light of the King of Glory to enter into the darkness. In fact, the exposure is often a great blessing. Healing comes no other way.