It wouldn’t take a prophet to see one of the biggest stories of 2016 being the lead-up to the Presidential election in November. The headlines, the banter, and the opinion pieces, all will overwhelm news organizations over the next 11 months, as if the last 11 months weren’t bad enough. 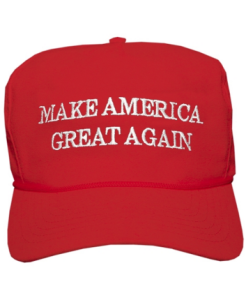 Within this lead up will be plenty of rhetoric surrounding making “America great again,” as Donald Trump has said over and over. This rhetoric is fine enough, but it often goes deeper than this, into “God bless America,” which every President has said.

Once the language goes a step further than “God bless America,” it becomes a Manifest Destiny perspective, where candidates are essentially saying “God will bless America again…if you choose me.”

Manifest Destiny, though often attributed to the 1800s, is an American attitude alive and well, and typically connected to voters with religious commitments. Currently this is seen in a backwards way, where many Republican voters believe that God has lifted his hand of blessing off Americans, but once America votes correctly, America will be great again, due in part to God’s support.

Think is an exaggeration? Just earlier this week, Republican Presidential candidate Ted Cruz coupled religious commitment to his own nationalist perspective, in order to drum up support.

To win in 2016 we have to awaken and energize the body of Christ: https://t.co/9D6do9bjcP #CruzinToCaucus

Reading between the lines here, Cruz is essentially saying that Christians need to unite behind him in order for God to bless America again. This isn’t unique to Cruz, because Donald Trump has used this kind of language to soar to the top of the polls.

Why use this kind of language? Because people eat it up. Anyone with religious commitments, who sees America as struggling, begins to believe a specific candidate is needed for God’s blessing to come again. “America can once again be God’s chosen people, if you vote for ________.”

But this is dangerous because it ignores the realities of the kind of nation God chooses to align himself with. God’s chosen people within the Scripture story is a family that becomes the nation of Israel.

Throughout much of its history Israel is the weakling, constantly pushed aside by the empires of their day. At the point in history when Israel becomes the empire, God empowers the lesser empires to take them over, sending the nation of Israel into exile.

In Joshua Ryan Butler’s book The Skeletons in God’s Closet, he dives into Israel’s conquering of Canaan, and what kind of nation God chooses to reach out to (I would highly recommend the book for his discussion on this topic and the larger discussion of God’s wrath, it’s a great book). The same language surrounding Israel’s victories are used of America and her future, but what I would like to highlight is the kind of people God desires to aid.

“Israel is not the bully, pirate, or dictator invoking the gods to justify her conquest of the weak. Israel is the opposite: the weakling who’s been getting her lunch money taken every day by the playground bullies. She is the little nation whose vessel’s been under constant attack by the pirates while lost at sea…Israel is the weak.

Canaan is not just a little bit stronger, not just overwhelmingly stronger—they are in a different league altogether. Their firepower puts them in a whole other category…

Israel is a nation of fearful, intimidated slaves facing off with the mightiest imperial powerhouses of the ancient world, the extreme antithesis of who fights mainstream holy wars” (pgs 212-213).

Why was Israel victorious in the face of impossible odds? “Some trust in chariots and some in horses, but we trust in the name of the Lord our God” (Psalm 20:7). Though weak and vulnerable, Israel is victorious, thanks to God’s gracious hand.

In the story of Scripture the United States is more comparable to Egypt, Canaan, and Rome, capable of wiping a nation off the map simply because it wants to. The USA comparisons toward Old Testament Israel, a nation of God’s people, are simply put, unfounded.