Today’s post is an ongoing conversation I’ve been having with Blaine Hogan. Blaine is an actor, writer, and also the Creative Director at Willow Creek in Chicago. His book was instrumental in giving me the courage to write mine (more info about that at the bottom of this post). We spent time talking about developing a craft that can appeal to the masses, which is often difficult for artists and creatives to do. 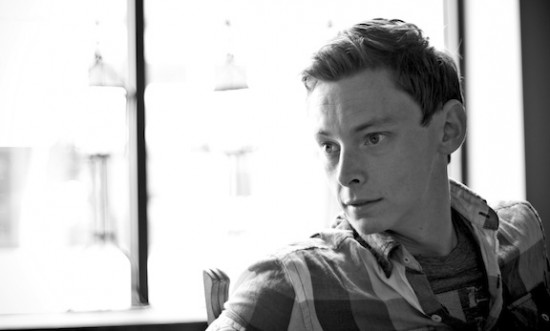 Tyler: I know many who would consider themselves to be artistic but they think they lack the skills within their craft to make “good art.” Is there any substitute for putting in the time and energy in developing a craft?

Blaine: Unfortunately (and fortunately) no, there is no other way. First the bad news: there is absolutely no other way to get to the other side of making beautiful things without time, energy, blood, sweat, and tears. The ground has been cursed, the work will be hard, and we should never be surprised that it is. Now the good news: the work changes us, it betters us, it transforms us. The work that we make also shapes us. This is always a good thing.

Tyler: What dreadful news, I’ve long wished for an easier way but never found it. You are a very eclectic artist. You have done quite a bit of acting, both stage and screen. You are now a creative director for a church. And you’ve also written a book. Do you ever wonder if specializing would lead to a break through of some kind? Or is dabbling in a little of this and a little of that what keeps you hungry for more?

Blaine: What’s interesting is that I believe if I hadn’t made a change when I did, I would have absolutely destroyed myself. I needed to start doing some other things where I wasn’t the primary product. In fact, I think I’ve made more revelations about my story and the art I should be making by trying a number of different things instead of just sticking with one medium.

In all of my work I try to begin with these questions:

then…
2. What is the best way to tell that story?

Tyler: We’re both involved at churches. What have you learned about being creative within a church context?

Blaine: Being in a church context I have learned that there are certain boundaries that won’t be pushed and some that should be pushed. Profanity, for instance, which I have no problem with in secular art is probably not something I’ll ever really fight for in the sacred realm. However, truth-telling and honest art making and honest storytelling in the church is something I’ll go to my grave fighting for. The bible is rife with some really hard, brutal realities and we should seek to do the same in the art being made for a church audience.

I also feel like we should look at our roles as dual. Artists to who make art in and out of the church. If you aren’t doing both, I think you’re missing something key to connecting to culture and creating works of art that truly resonate.

Tyler: As a creative type person who is firmly entrenched in the local church my biggest struggle is making creative things understandable for left-brained oriented people. I could come up with examples but I’m sure you get what I’m saying because you already mentioned how you want to push boundaries. How do you push those boundaries and still bring people (as many as possible) along in the story you’re telling?

Blaine: This is always a struggle and will always be a tension to manage. This goes for us in church work and also for others who make art for a wide audience. I once heard Matthew Luhn, a story artist at PIXAR, talk about creating art for the masses. He said that their job at PIXAR was to create movies that everyone wanted to see and that everyone could connect to. Obviously that is a huge challenge.

How do you make art that lots and lots of people like without comprising something? I think there is a sense with some of us that if it connects with a lot of people that we somehow sold out, but in fact, telling a story that many people can connect to simply means you told a really good story.

Toward the end of his talk someone asked about agenda and his response I believe is relevant to what you’re asking. He said, “We don’t think about agenda; we’re just trying to tell good stories that will be moving.”

There has to be a third way to this conversation of creating art for right or left-brained people and I believe the conversation needs to be cloaked in what Matthew is trying to tell us. You want to tell art and stories that the most amount of people will enjoy or “get?” Then work to tell good stories that are moving.

It has so much power.

UNTITLED will walk you through the creative process of attacking the blank page, executing vision, finding the importance of contemplation, fighting the battle with resistance, and learning from your failures.

In this revised and expanded edition, each chapter now ends with reflections and exercises to put it all into practice.

A trained actor, writer, producer, and filmmaker, Blaine shares the methods he has discovered over the years to unleash the power of the creative process in yourself and in the teams that you lead.

BUY IT NOW ON AMAZON