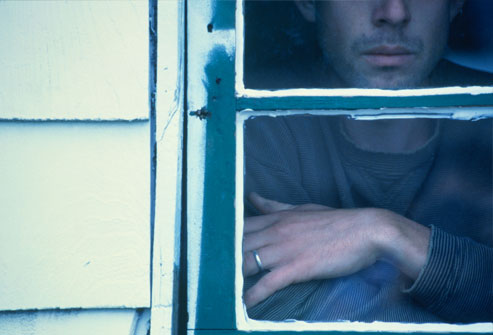 “God, which calling is more difficult, courage or contentment?”

This is the question I find myself asking God, because I used to think having courage through change and struggle is the most difficult calling God can give, but now I’m beginning to wonder.

The last two years of my life only one thing has been consistent: BIG changes.

And now I’m here. There’s no next thing. In a real sense I’m ready to jump out of my skin because for two years straight I lived a life of conquering the task while anticipating the next gargantuan and life-altering change. Once one big change was overcome, I moved onto the next.

I loved life like this. I always had the carrot hanging on a string directly in front of my eyes. I could easily conquer my goal list because if it I didn’t that only meant failure (and that isn’t an option).

Each day I would conquer another piece of the puzzle and each day I got more addicted to the sensation of being productive.

In a fight or flight world I find it hard just to be. Now. Here.

I want to jump ahead, to “what’s next?” instead of sitting here. I need a carrot blowing in the wind to keep my attention.

In taking a look at the world around me I sense this isn’t just an isolated issue, but a cultural issue only getting worse. Earlier this week I heard a talk show host explain that baseball was becoming an irrelevant sport because it’s too slow. It’s a fair argument because playoff games tend to last near 4 hours long, and when you consider how much downtime a baseball game has, you certainly can’t argue for baseball being quick. Baseball is a game built on slow moving tension, and it uses the downtime between pitches and innings to create a real life drama, unfolding on the field.

But is ignoring the game of baseball a positive move in our society? Aren’t we just watching sports that feed our need for fast moving action by giving up on the slow game? It speaks to a larger issue. We thrive on continuous movement, and when life slows down too much we fill it with something else.

We’ve forgotten how God has created us to live in the moment, giving grace (tweet this?). We’ve abandoned it for fast-moving drama, constantly updating and sharing, and endless seeking for the next big headline in our own lives. The present moment only has value to us if it benefits the next.

Ralph Waldo Emerson said, “To fill the hour — that is happiness,” and we’ve taken his statement to its logical end: “fill every hour and be happy.” If one busy moment fills you with meaning it’s easy to believe filling all the moments will lead to more meaning. If the present isn’t quite satisfying start drumming up a big plan for the future because then you’ll be happy. But I’ve found the opposite to be true.

I have no idea what my next big thing will be, but I do know that these quiet moments lacking change are filled with meaning. How is that possible? In my lack of change—destroying the busy life and exchanging it for the slow—I’m learning the impossibly difficult lesson that no grand dream of the future can provide meaning like sitting in the present can.

A morning ritual of mine is to pray while I eat breakfast staring out toward the backyard. In the past my prayer would always include asking for strength and courage knowing how insurmountable the next thing was for me. Now my prayer has shifted, knowing there is no next big thing. There’s only now. And now is a boring thing if it doesn’t lead to something better or more grandiose.

Over 650 words already and I haven’t solved the problem. Your frustration is only matched by mine. I don’t have answers.

All this goes far beyond just waiting. Waiting is watching the carrot blowing in the mind, hoping the wind will blow it close enough to take a bite. Right now God has taken the carrot away, so I’m relearning how to enter into life without a task or goal in sight.

I’m still struggling through life seeking contentment. I’m a desert wanderer in search of water. “Quench my desire for the next big thing!” my life cries out. But there is silence and emptiness.

In the quiet moments of morning and evening—when my day of toil rests—after my search of filling this unending desire for something greater stops—a quiet voice shakes me to the core: