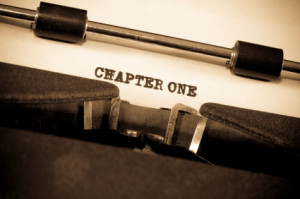 It’s been 14 months since I released my first ever published book. The whole project kind of fell into my lap—it was never something I pursued until I sensed God leading that direction. The publisher came to me. The idea came from a friend. The format of the book changed because of a friend. Honestly, I don’t deserve any credit for the thing. But, it does have my name on it.

I learned the hard way that in publishing a book it’s important to have a clear picture of what success is. On August 1st, 2012 success for me with Why Holiness Matters was the publisher knocking my door down because Amazon sold out of copies in 2 days. As you can imagine, that did NOT happen.

I had no idea what a healthy picture of success was. Was success just publishing the book? Was it being proud of the work I published? Was it having people like the book? Was success selling so many copies that every Christian publisher wanted me to write with them?

And it started to eat at me: Was I a failure? Did I fail in writing this book?

I know my mom and my wife love the book, but they have to. “Did I make a noticeable difference in the world? Yes? Maybe?” You see where this is going.

I didn’t write to be validated for my writing, but that’s ultimately where all this goes. If someone likes my words they must like me. If someone won’t buy my words then they must not like me. And quickly I’ve gone from “what a privilege it is to even write a book” to “I’m an absolute failure” and “who am I to think I could write a book?”

In seeking success, I desire validation. I desire for that sweet embrace of “I like your words, and that means I like you.”

The problem of appealing to the masses is we all want to be liked, but in the process our identity is owned by them, not God.

I think this is why publishing words is so difficult. It’s a constant chase after this false, fleeting, ever-changing level of something called success.

All the while the seasoned writers sit there knowing there’s no such thing as success. This is what happens when identity gets flipped. Instead of allowing God’s possession of us to lead into life and vocation we instead seek to prove ourselves by selling ourselves. We often make it easy by making the product free, but it’s still selling, and we’re still seeking validation. Eventually, it fails.

And the breath of God pours over me saying I’m good enough. I’m good enough. Even as a published writer and full-time pastor—the guy who supposedly has this all figured out—I need the Gospel as much today as I did so many years ago.

Nothing I do can prove my worth. Nothing you do can prove yours. It’s mercy. It’s grace. Pouring over you. Washing you clean. Thrusting you out into the world. Changed. Renewed. Loved. Accepted.

Try to enter writing or any other vocation from any other perspective and success will become the end goal and it will shatter any hope you have for validation.

Success is ruthless, and it won’t let go of you until you realize you’ve failed.