In the last post we looked at Dietrich’s decision to forgo an opportunity for safety in the US, opting to return to Nazi Germany where his safety would be greatly endangered.

Yesterday marked the 69 year anniversary of his death in a concentration camp, so it seems fitting to look at what led him to abandon the opportunity for safety. In looking at his life as a whole, the decision is so completely unsurprising, because it reflected a deep-seated belief he had about God.

Disembodied Christianity. These two words are mutually exclusive. They do not make sense next to one another. Christianity cannot be disembodied because Christ comes to us embodied, incarnate. 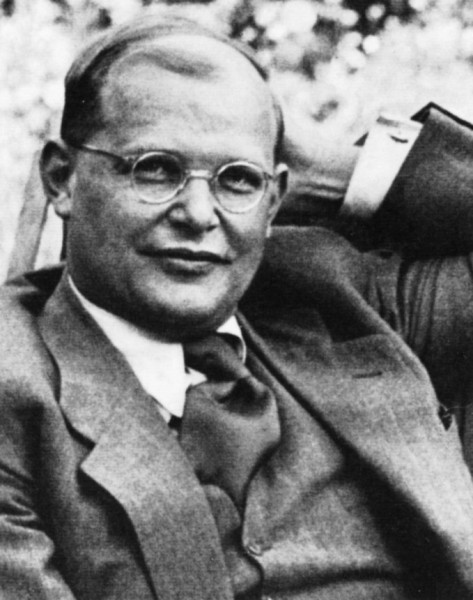 As culture moves toward online realities the danger of a disembodied faith grows. The body of Christ becomes a tagline instead of a practiced reality in the lives of followers of Jesus.

Here’s a common narrative: the local church becomes uncomfortable, draining, demanding, etc, so leaving the local church becomes the best option, and these individuals then begin to form a church-like identity online. Friendships are built. Theology is discussed. This newly formed church values authenticity that knows no bounds, and gives greater rewards to those who develop a deeper knowledge.

All this is not too far from the Platonic values that were trying to force their way into the local church during the times of the New Testament writings. Matter is evil. Development of a specific knowledge led to the needed escape. We slowly buy the lie that true life is lived by showing our scars and intellectually knowing more about God.

During his ministry, Dietrich Bonhoeffer was greatly influenced by Friedrich Christoph Oetinger. As it relates to this embodied faith, one of Bonhoeffer’s favorite quotes came from Oetinger, who said, “Embodiment is the end of God’s path.”

For Bonhoeffer, this marked a divergence from the highly intellectual faith pursued by many of his fellow pastors and academic theologians. He is one of the greatest theological minds of the modern times, but his Christian faith had a remarkable pursuit toward life on life connection—an embodied faith.

We see this especially as Bonhoeffer left an opportunity that included safety away from Nazi Germany, as well as the way he taught seminary students at Finkenwalde, an underground and illegal seminary in Germany during the height of Nazi Germany. His book Life Together was written with these particular life experiences in mind.

When we take out the flesh from our faith, we turn Jesus into a human-less deity. A God who can watch from afar, but does not care enough to get his hands in the dirt. And we quickly become people who engage others with words, instead of our lives, slowly isolating ourselves from the body of Christ in flesh.

A disembodied Christianity is no Christianity at all, because it misunderstands Christ. To be a follower of Christ we must aim to live like Christ, and that involves getting our flesh in the game, connecting with people. It’s more than an intellectual pursuit. It’s more than a “you show me your scars, I’ll show you mine.” It’s a sacrifice where I surrender my life, because my God gave His.

And in the process we’re made more like Him.