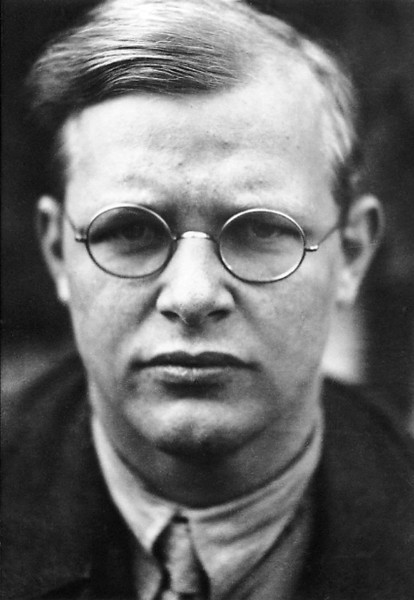 Bonhoeffer Series: Part One || “A Story About Coming Home”

Part Three || “A Foundation in the Word”

(Today’s post is the last in this series, though I have no doubt we will revisit the ministry of Dietrich Bonhoeffer in the future.)

In 1943, after a failed assassination attempt on Hitler by a group Dietrich Bonhoeffer was associated with, the Gestapo began an intense purging of anyone connected to the attempt. Those associated with this attempt, as well as other attempts, were arrested and killed. This, of course, included Bonhoeffer, who was arrested for his connection to a resistance movement leader within Germany’s Justice Ministry.

5 days after one specific assassination attempt, Bonhoeffer was arrested and sent to a prison within the city limits of Berlin. His fiance visited often, as well as family and friends when they were permitted. He received favorable treatment by the prison guards because of his uncle who was a high ranking military official. Though the Gestapo had limited evidence connecting Bonhoeffer to the assassination attempt, they would not release him.

During his time in prison Bonhoeffer was a proficient writer, penning over 200 pages of letters to his friend Eberhard Bethge alone. Several months before his arrest, Bonhoeffer penned this, shedding light on his perspective of obedience in prison:

“Who stands fast? Only the man whose final standard is not his reason, his principles, his conscience, his freedom, or his virtue, but who is ready to sacrifice all this when he is called to obedient and responsible action in faith and in exclusive allegiance to God—the responsible man, who tries to make his whole life an answer to the question and call of God.”

Being that we’re currently entering the final days of Holy Week it seems particularly helpful timing to look at the end of Dietrich Bonhoeffer’s life. It’s easy to see the devotion and obedience Bonhoeffer had to the ongoing work of ministry for Christ.

Forsaking the comfort of safety in the US, continually allowing others into his life to shape Him, and forcing the Word of God to be foundational—yes, discipleship was costly for Dietrich.

How easy it would have been for Dietrich to have given up by the time the Gestapo took him from his parents’ home, but instead his ministry continued in varied ways before he was killed. In describing what kept Bonhoeffer motivated despite the incredible uphill battle against Nazi Germany, and a life that would end far too soon, Eric Metaxas says this:

“He (Dietrich) had theologically redefined the Christian life as something active, not reactive. It had nothing to do with avoiding sin or with merely talking or teaching or believing theological notions or principles or rules or tenets. It had everything to do with living one’s whole life in obedience to God’s call through action.”

On his last day on earth, Bonhoeffer led a prayer gathering with his fellow inmates, which was interrupted by prison guards who took Dietrich away immediately. As he was walking toward them, he told Captain S. Payne Best,

“This is the end. For me the beginning of life.”

For Dietrich, and I pray for us as well, the work of following Jesus is never finished.