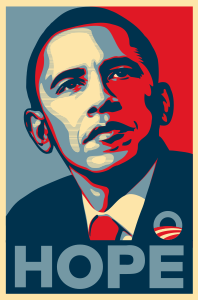 Today is election day. A general election to be specific.

In my home state we find out whether recreational use of cannabis will be allowed, whether illegal immigrants will be able to obtain driver’s cards, and whether non-GMO products must be labeled as such. Nothing earth-shattering, but clearly important issues.

I voted. I will not, however, be sharing my voting choices publicly. I have two neighbors who have been to known to illegally grow marijuana, but I have not asked them about their illegal actions, nor will I announce my voting record on the issue.

Why, you ask? Because I have desires beyond influencing the laws of the land. I have eternal things in mind for my neighbors, not just the things surrounding current events. I may have disagreements with my neighbors, but I’m learning to lay aside those differences in the hopes that greater things can be fostered.

About a year ago Ed Stetzer had this to say on the subject of sharing your political opinion:

“Statistically, the unchurched lean heavily Democrat. So—and I know it’s just me talking crazy now—if you want to reach the unchurched, maybe constant Facebook/Twitter posts about how stupid Democrats are might be a bad idea.”

I think you could easily flip Ed’s statement around as well, recognizing that your liberal understandings for society and governance may not line up with your conservative neighbor. And you know what should trump your political perspective? Care for others.

I don’t write posts shorter than 300 words often, but the message here is simple: Christians must have greater things in mind than getting their way on election day.

May your response to today’s votes reflect your foundation in Christ and not in your political perspective.