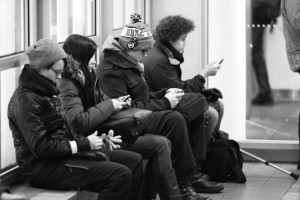 I fully admit that I use social media far too often. I joined Facebook back in the days of college exclusivity. I joined Twitter before Oprah joined and it blew up. And since then I’ve continued to pour hours and hours into the ongoing boom that is social networks. I’ve even made what I consider legitimate friendships through them, but none of this is why I’m in favor of engaging on social networks as much as possible.

Fast forward to today and there’s any number of ways to stay up with current events. In fact, you need to choose which niche of current events to stay up with because it’s impossible to know the facts within all of them. I can make new videos for my social media platforms and today, I can get even 50 youtube likes to make it work.

Here are the reasons I’m in favor of being a social network overuser. I share these reasons as a pastor, because that is my vocation and the lens in which I view much of the world. But, of course, most of my reasons translate to so many other perspectives as well.

This is (to me) by the far biggest negative of social networks. All of us have seen an individual go on a rant about some anonymous person, but we actually know this person. Of course, the ranter (that’s not a word, my apologies) would never share these thoughts to the individual’s face. I’ve done it. You’ve done it. It’s bad.

But flip this around and you can see that many people (especially introverts) are too intimidated to share their actual thoughts in person, but they will on Facebook. You are able to get a snapshot into their world, gaining a greater level of understanding about them.

The New Way to Have Your Ear to the Ground

As a pastor, the single most important thing I must do is know my people, and know my culture, on a local, national, and international level. Certainly Facebook and Twitter make this far more accessible than it ever was before. People today are more likely to post about their latest life event on Facebook instead of calling their pastor so he/she can pray with them. Every week I’m able to be in the lives of individuals and families without them needing to have direct access to me.

When I was choosing a new phone a few years back a friend gave me advice to go where the majority of people are, saying, “If your job is to know the people around you, use what they’re using, understand them. That’s a lot better than trying to be a trendsetter.”

In the past a public figure needed to work hard to “keep up appearances.” The importance of this hasn’t gone away completely, but all things online and social have created a new way to stay continually engaged with people. Each Sunday my church connects with over 200 people, it’s the highlight of my week, it’s the one thing I build toward all week. But I’m also able to connect with many of those same people throughout the week. It’s my way of keeping my ear to the ground.

Those of you who are social connoisseurs, why do you use these networks? What keeps you coming back?

As a caveat to this, I want to end by saying that social networks are a great way to pass information and to make initial connections, but they do not replace the human need for interaction, in person. They are a great way to supplement already established friendships. Most often social networks become the easy way out. Instead of actually making an effort to care about someone we just “like” their status. While I love these social features available to us today, let’s not abandon the people who deserve our extra effort of love and care.

(Photo: We Never Look Up blog)