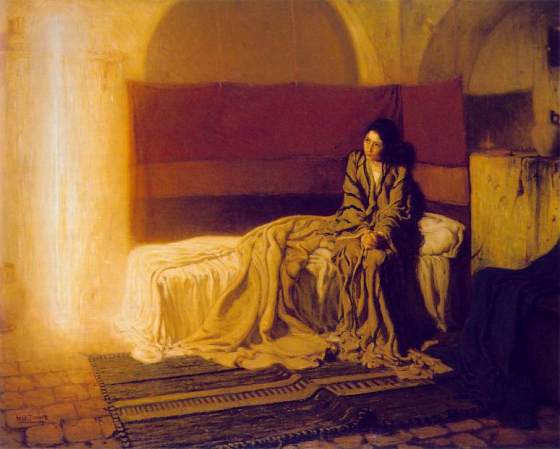 The Gospel of Luke juxtaposes two different responses to God’s deliverance. In being pitted against each other we quickly see how God’s coming pushes people in two directions. The question left for you is simply, which response is yours?

Luke 1:5-25 recounts the story of Zechariah being told by the angel Gabriel about the birth of his son. This was not just any pregnancy. Zechariah’s wife Elizabeth had not been able to become pregnant for many years (“they were both very old” v.7).

In receiving this phenomenal news, Zechariah’s response was, “How can I be sure of this? I am an old man and my wife is well along in years.” It’s a questioning response. It’s a doubting response. It’s a give-me-little-more-proof response, because that couldn’t actual happen.

To this the angel told Zechariah he would be silent during the pregnancy, saying, “you did not believe my words, which will come true at their appointed time.” For 9 months Zechariah could not speak, something we might see as punishment or as God’s grace.

Later in Luke 1 the angel Gabriel visited a young woman named Mary, telling her the news: “you will conceive and give birth to a son, and you are to call him Jesus.” This was not just any pregnancy. Mary became pregnant as a virgin.

Mary’s response was to say, “How will this be since I am a virgin?” In a sense, she knew it was not physically possible. But this is a different response than Zechariah, because later she says, “I am the Lord’s servant. May your word to me be fulfilled.” It’s a response of astonishment. It’s a response of faith.

Christmas easily produces these two responses. It’s either the “bah-humbug” attitude minimizing wonder, or the astonishment found in being awestruck. The God who makes possible the impossible prompts us to willingly serve Him, or quickly doubt Him.

But there is space for doubt within faith. The angel does not send Zechariah to hell. No, in God’s grace Zechariah is given time to learn faith. Out of faith, true words are spoken. Not many people would believe the impossible when they are first told. God, in his grace, provides Zechariah with a physical struggle that produces a spiritual faith.

In various ways we are all Zechariah. Lacking the truest of words, being unable to speak out of faith. Faith is the process of learning to believe, and none of us have arrived. Doubt is often connected to the faith of those who continue to press in, instead of running away.

Mary’s response of astonishment is one of open hands. While the text can’t reveal tone of voice, Gabriel’s response to Mary is far different than that toward Zechariah.

Christmas is the opportunity to develop a desire for God to be born in you.

Christmas is the opportunity to develop a Mary-like approach to God, knowing we all have some Zechariah in us.