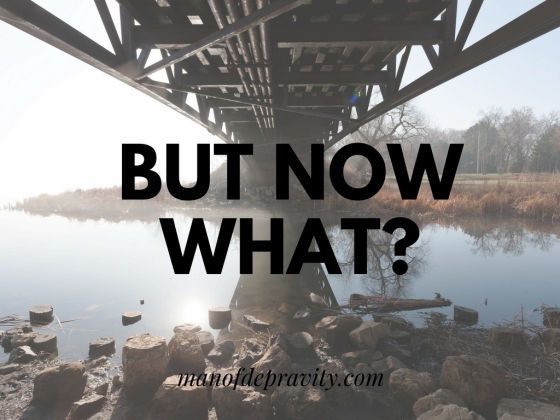 November 9th is coming quickly. This disaster of an election cycle will be over soon, leaving us with the duty of picking up the pieces. Soon the question will no longer be “who?” and it will become “but now what?”

Last week I grabbed lunch with a church member nearly twice my age. He invited me. Turned out he wanted to talk about some controversial subjects, and once the topic was established I was ready to spout my truth.

Not long before that, a young man, a few years younger than me, visited my church looking for a group of people his age to meet with. While my church has plenty of people around his age, there are no established groups for people only his age.

I explained to him our focus on being an intergenerational church, and with that in mind, we won’t have groups for one specific age range. He didn’t come back.

We (and when I say we, I am primarily thinking of me) do not value those who are different from us, so we easily diminish them in the process. And when we can easily devalue and diminish those not like us, we no longer feel a need to be decent and charitable to them.

With this in mind, I think the issue continually pressing on American society, and beyond it as well, is a gospel issue. We choose not to value those unlike us, while worshiping a God who gave up everything to be near those unlike Himself. The question that must be asked is simply:

How can Christians live out the Gospel in a way that helps our society move toward civility rather than its current contentious climate?

I have a particular perspective when it comes to various issues relating to society as a whole. My perspective is largely a summation of my beliefs, experiences, and relationships. But my perspective is not necessarily the right perspective in every instance.

For the sake of simplicity I’ll call those unlike myself “the other.” They are the people who I quickly dismiss, in either a general sense or in many instances, a specific sense. Today, the other is discarded flippantly.

Rather than engaging with, or listening to the other, we give into fear. “What if people like them had power?” Rather than giving them the benefit of the doubt, we assume the worst. “They are a big part of the problem.”

What if we made the choice to humanize the other? What if we listened before we assumed? What if we sought out those unlike ourselves for the sake of knowing them?

Fear and assumption lead only to division, humanizing leads to charity.

For God, we are the other. We are unlike He is. Yet he humanized us in the fullest sense. God hears our prayers. God sought us out.

The other piece to this puzzle of civility in public life is seen in common grace. In many conservative circles, common grace is a frowned upon term, seen as a way to promote a progressive agenda. But what is common grace?

Here’s Theopedia’s take on the term:

Common Grace refers to the grace of God that is common to all humankind. It is “common” because its benefits are experienced by the whole human race without distinction between one person and another, believers or unbelievers. It is “grace” because it is undeserved and sovereignly bestowed by God.

What does this have to do with the divisions we see in society? Well, everything.

Common grace teaches that the other—the person despised by your preferred cable news network—has received a touch of grace from God without having accepted that God exists or believing that He provides a Lord and Savior for their lives.

All people bear the image of God, and therefore, contain a picture of grace in and other themselves by merely existing. Rather than simply dismissing them, we can choose to see grace and offer grace as well.

If I’m being totally honest, I’ve never been as discouraged about the future of Christian faith in my home country than I have been the last 6 months. This election has brought out the worst in Christians living in America.

But even as I say that, I still believe the best days are ahead. I do not say that flippantly. I say that because I believe we can experience civility instead of division. But it will only happen if we choose to give grace to those unlike ourselves.

If you’re interested in more on this subject I’d commend to you a recent event in New York City titled “Civility in the Public Square.” You can watch the video of this event here.