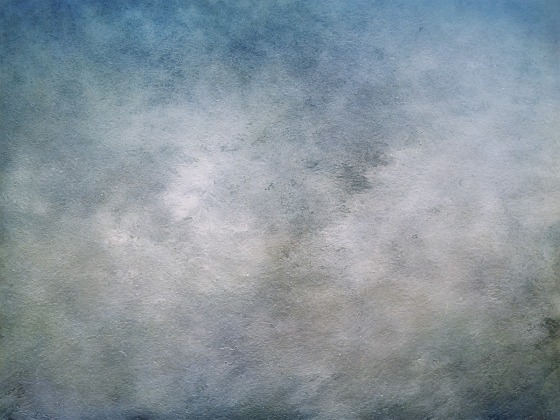 I haven’t written on this blog in two months, the longest break I’ve ever taken during my decade of blogging. Why aren’t the words flowing? Why aren’t I motivated to come up with something new to write about? These are the questions I’ve been asking myself throughout those two months.

This is my attempt to walk myself through the jumbled mess of my life, in a way that may illuminate truths for you as well.

The stereotype of my generation is that we want to make an impact more than we want to make money. I tend to abhor and ignore generational stereotypes because they’re rarely true universally, but for me, this stereotype rings true—I entered into pastoral ministry because I tried the money route and burned out in three months.

The more I poured myself into church ministry the more I felt God was preparing me for leadership within a local church body. Through personal gift assessments, validation of respected people and co-workers, and through the encouragement of people I served with, I finished a degree and decided my life was meant to serve the church.

I started a blog to process through the many difficult tensions to navigate within churches, and more broadly for Christians within society today. Ultimately this provided the opportunity to write a book. Incredible! On the surface, the influence of my leadership was sky high.

Every Sunday I was on stage, helping lead over a thousand people in various spaces. I wrote a book with a mid-sized nationally known publisher. My leadership trajectory was up and to the right. But I left the big church and haven’t written another book since the first. What I came to realize is that I was in a position of exploitation, where I could use my influence to lead people without ever being touched.

Now, this doesn’t mean I actually exploited people, it just means I was vulnerable to that becoming a reality because I risked very little in pushing the book, in leading the songs, in taking on various leadership responsibilities.

We tend to see vulnerability as personal exposure, but we often turn vulnerability into a commodity that can be used as a selling point (look at how authentic that person is!) to gain attention. I was good at learning how to expose myself authentically in a way that allowed me to gain notoriety, but I had never risked the thing I really cared about: influence. I wanted the chance to influence people.

Over the past 5 years I’ve become a dad to two, I’ve navigated pastoring at a smaller church in a smaller city, and in the process I’ve learned a different kind of vulnerability that involved me risking and then largely giving up the thing I had prized so heavily before: influencing more and more people. Why was I willing to give that up?

True vulnerability assumes personal risk for the sake of the other. Simply put, I knew I could not care for the people nearest me if I also placed a higher priority on growing my so-called influence. But to say I embraced this would be false. 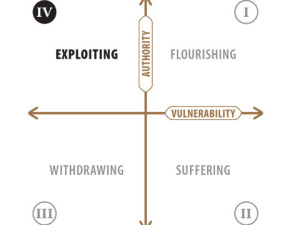 I was reminded of this perspective on leadership while listening to the Cultivated Podcast (a podcast I highly recommend to you). In the episode, Andy Crouch discusses the two keys of leadership being authority and vulnerability—this is something he develops fully in his book Playing God. This idea is summarized in the chart on the right –>

I’ve written before about the danger of visionary dreaming, so I won’t rehash that again, but I’ve been embracing big dreams for the reality of my life—what are the best things God could do with the people and circumstances right in front of me?

In previous years I’ve given a lot of my focus toward online writing, blogging, platform building, whatever the latest buzz word is, and in this much of my focus has been on growth in influence. If your personal platform is reaching 20 people, why not 200? Why not 2,000? Why not quit your job so you can grow this influence? While I’m sure that’s worked for some, I’ve found that endless pursuit of growing influence to be a zero-sum game, not actually bettering the lives of the influencer (they’re more focused on the mythical “people” out there still needing their help) or the influenced (they’re another cog in a growing machine built on economics, involving little actual vulnerability from the influencer).

So I stopped all my growing influence stuff to start 2017. It started by accident, but it felt right so I went with it. The gap has given me a helpful perspective to jump back into writing, and the public processing of various topics like I’ve done in the past. My goal in re-entry is to influence the reality of my current connections and circumstances, and hopefully helping each of you who have supported me throughout this past decade of online writing. I can only pray that my influence might lead to flourishing instead of self-exalting exploitation.