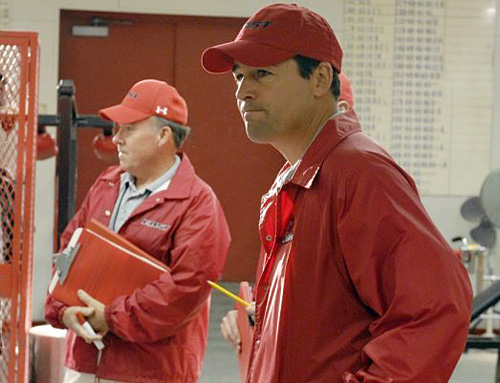 After reading this post from Rhett, I began to think about how I’ve learned to be a man in today’s world.

My favorite show on television is Friday Night Lights. Season 5 is running for DirectTV users right now and it will run on NBC for everyone else later this spring. It will be the last season of the show.

Now don’t take the title of this post too far. I learned how to be a man from my dad and through the mentors who built into me during middle and high school. However, the way I’ve seen Coach Eric Taylor be a dad, coach, husband, and citizen has inspired me for what it means to live as a man in culture today.

Inspired by Coach Taylor, being a man today means: