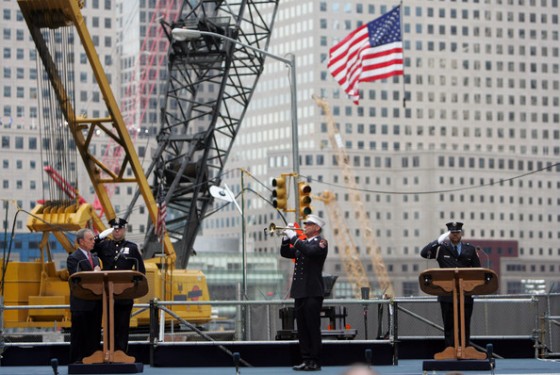 I wanted to posted about this last week but I didn’t want to bring more attention to something that was only taking away from where the focus should have been on the 10th Anniversary of September 11th, 2001.

A few weeks ago the Mayor of New York City, Michael Bloomberg, announced that no clergy would be allowed to speak at the official New York City commemoration.

As you can guess, this has caused quite the uproar from people about how it is representative of everything that is wrong with our country. Many pastors, politicians, and various other religious leaders have petitioned to Bloomberg in the last few weeks to no avail. The same decision has been made by the city in all commemorations in years past. Here’s a few reactions from various people:

“This is America, and to have a memorial service where there’s no prayer, this appears to be insanity to me. I feel like America has lost its way.” -Rudy Washington, a former deputy mayor under Rudy Giuliani

“This is one of the pillars that carried us through (referring to religious leaders). They were the spiritual and emotional backbone, and when you have a situation where people are trying to find meaning, where something is bigger than them, when you have a crisis of this level, they often look to the clergy.” -Fernando Cabrera, New York city council member and pastor

I certainly understand the push-back because I am someone who sees life through my faith, but I will say I disagree with it.

To me, this issue is a part of a much larger one, where Christians view the United States as turning away from God and becoming evil. Whether it’s Obama not taking part in the National Day of Prayer, a crack in the Washington Monument as a sign from God (op-ed piece here), or Muslims desiring to build a mosque near Ground Zero, we get upset rather easily when something doesn’t go our way (here’s a great video from Fox News with a seminary President talking about this).

For too long, many American Christians have operated out of fear about their country turning away from God. What’s our motivation for making sure God and Christianity are at the forefront of public policy? Is it to make sure we’re still front and center, or for a great opportunity to show God’s love to all people?

We didn’t get upset when the freedoms of many people of Arabic decent were threatened after 9/11, even many Christians. Would we fight for the voice of Muslims to be given an opportunity to be heard, or just ours?

America was founded as a nation with pluralistic values. All people are created equal, and all viewpoints are allowed to be held.

People can still come to know the truth of who Jesus is without our government pushing our same values.

In fact, they might even come to see Him more easily.